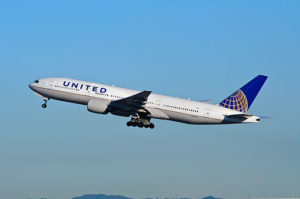 Today, the SEC announced that United had agreed to pay a $2.4 million fine in regards to case where the airline created a route so that a public official could get more convenient flights. The investigation initially arose out of the Chris Christie “Bridgegate” scandal.

Back in 2011, the CEO of United, Jeff Smisek, wanted the New York Port Authority to invest public funds into the Newark Liberty International Airport where the airline has a major hub. The chairman of the Port Authority, David Samson responded by asking the airline to restore a route between Newark and Columbia, South Carolina where Samson had a home. The route had previously been canceled because it lost money.

Smisek, who was the former CEO of Continental in Houston prior to its merger with United, agreed to re-instate the route, (flights twice-weekly starting in September 2012) without going through the airline’s normal protocols regarding new routes and without asking the United Board of Directors for a waiver from United’s ethics and compliance policies.

Samson resigned from the Port Authority in March 2014 due to “Bridgegate” and pled guilty to bribery in connection with the South Carolina route in July 2016.

Within days of his resignation, the Newark-Columbia route was canceled. The SEC found that the route lost $945,000 in the 20 months of operation.

Smisek resigned as CEO of United in September 2015 as a result of this investigation. He received a severance package of $4.9 million in cash and $3.4 million in stock. No word of his fate in the SEC announcement today, though the SEC press release did state the investigation was ongoing. If he is found guilty (or accepts charges) of bribery, he could be forced to repay some of that severance.