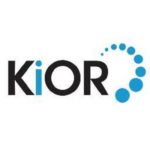 There has been a settlement of the class action lawsuit concerning former shareholders of KiOR which went into Chapter 11 in November 2014. KiOR was a company that aimed to produce biofuels on a commercial scale. It was funded by famed Silicon Valley venture capitalist Vinod Khosla and, for a while, included Condoleezza Rice as a non-executive director.

KiOR had its headquarters in Pasadena, TX and completed an Initial Public Offering (IPO) in June 2011, raising $150 million and giving it a market capitalization of $1.5 billion, despite the company having no revenues at that time.

Between 2011 and 2012 the company built a commercial production facility in Columbus, Mississippi that was meant to convert wood chips into a synthetic crude oil using a special chemical at high temperature and pressure. The $218 million cost was funded, in part, using a $75 million loan from the state of Mississippi. Unfortunately the company was never able to achieve anywhere close to the yields they promised and the plant was idled in January 2014.

Shareholders who bought shares between June 2011 and March 2014 will share in a $4.5 million gross settlement (though $1.7 million of this is going to the lawyers for legal fees and expenses). Net, this amounts to about 7 cents per share.

The state of Mississippi is still suing Khosla and key executives of KiOR for alleged fraud. In return for the $75 million loan, KiOR promised to spend $500 million, build three biofuel factories in the state and create more than 1,000 direct and indirect jobs by 2015. By the time KiOR went into Chapter 11, the state had only been repaid $6 million.