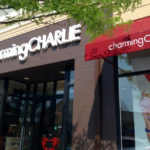 Houston-based retailer, Charming Charlie, has filed for bankruptcy protection. The company has reached a restructuring pact with its lenders and equity sponsors that would allow it to keep most of its stores open through the holiday period.

Charming Charlie operates 375 stores in the US and Canada, selling accessories and. according to a report in the Wall Street Journal, expects to close about 100 in the coming weeks (other news report suggest these stores will close by 29 Dec).  The company said it has secured commitments for $20 million in new-money debtor-in-possession (‘DIP’) financing and also entered into a $35 million DIP asset-backed loan with its current lenders.

The company has also laid off some staff at its corporate office near the SW Freeway.

The company was founded in 2004 and is backed by PE firms, TSG Consumer Partners and Hancock Park Associates. Before the bankruptcy filing, Charming Charlie’s debt load consisted of a $150 million term loan and a $55 million asset-backed loan, according to S&P.

Charlie Chanaratsopon, the 39-year-old founder of the company, stepped down from the CEO position a couple of months ago, but remains the non-executive chairman of the company. Last year Mr Chanaratsopon was on the Forbes list of America’s richest entrepreneurs under 40  with an estimated net worth of $450 million.