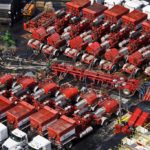 The Energy Information Authority (EIA) released its latest Drilling Productivity Report that showed the number of wells drilled but not completed (DUC’s) rose for the 13th successive month.

At the end of December, the total for the 7 major onshore producing areas in the lower 48 states was 7,493, up 156 on the previous month. The total is 2,040 more than December 2016. All the increase was from the Permian and Eagle Ford basins. DUC’s in the Permian Basin now stand at 2,777, more than double the figure a year ago. 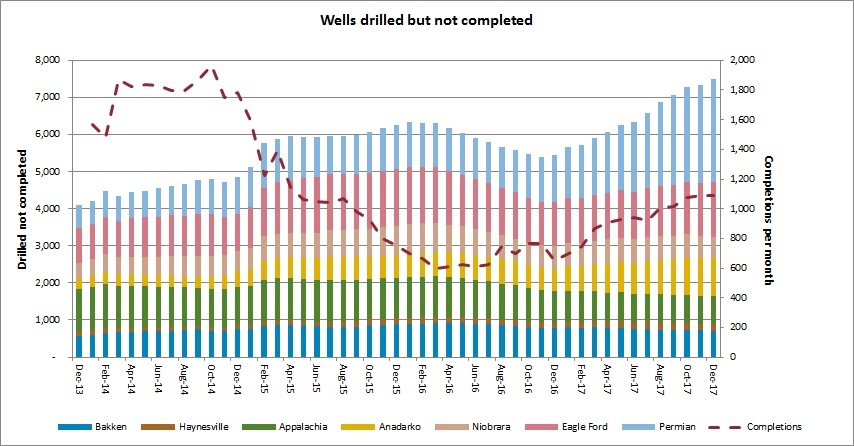 Note that, every month, the EIA restate prior months’ figures, with revisions going back two years.

More interestingly, completions have leveled off in the past few months and have yet to break 1,100. This reflects a shortage of fracking equipment and personnel. Pressure pumping companies are beginning to add equipment but there are long lead times for components.

Despite completions stalling, production from these basins still rose by 100,000 barrels a day in December, with the EIA projecting similar increases for January and February.

The EIA now projects that total US oil production (including Alaska and the Gulf of Mexico) will exceed 10 million barrels a day in the first quarter of 2018.  The only other quarter where that has happened was in 1970.

With WTI now trading well above $60 and E&P producers scurrying to lock in production through hedging, Wall Street is getting interested again in oilfield services. Last week, Liberty Oilfield Services, a pressure pumping company based in Denver, raised $216 million in its IPO, by offering 12.7 million shares at $17, above the range of $14 to $16. In May 2017, Liberty tried to go public but postponed at the last minute.