The number of wells drilled but not completed (DUC’s) rose for the 21st successive month, according to the latest report from The Energy Information Authority (EIA). 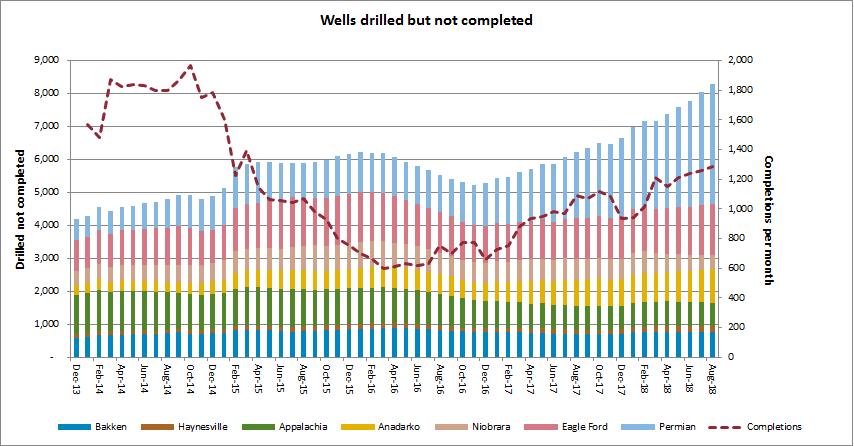 Completions are still slowly rising and were 1,282 in August. Completions in the Permian Basin peaked in March 2018. The Anadarko Basin of Oklahoma shows the fastest rise in completions.