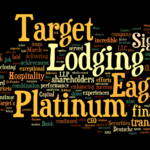 Target Hospitality (Stock Ticker TH), with its head office in The Woodlands, has gone public via a reverse takeover. It was acquired by a Platinum Eagle, a blank check company based in Los Angeles, for $1.3 billion. Platinum went public in January 2018.

Target provides rental modular accommodation to the US oilfields but with premium catering and other added-value services. It has 22 facilities, including 15 in the Permian Basin. It is also an approved government vendor, supplying accommodation that houses asylum-seeking families.

There are actually two businesses being acquired in the deal, Target Lodging and Signor Holdings, which are being consolidated together under the Target name and management. The Target business is being acquired for $820 million, Signor for $491 million.

Target Lodging started in 1978 though it began operating as a specialty rental and hospitality services company in 2006. Algeco Global acquired the business in February 2013. In November 2017, it became a standalone company through a carve-out backed by PE firm, TDR Capital.

Signor was founded in 1990. Centerboard, a PE firm and AllianceBerstein Real Estate Group, an investment management firm, bought the business in 2014.  They sold it to an affiliate of TDR in September 2018. Target Lodging immediately began managing the business under a services agreement.

The CEO of Target is James Archer. He has been in that position since April 2014. The CFO is Andrew Aberdale who has been in the role since October 2010.

Interestingly one of the non-exec directors of Target is James Graf. He has been a director of Platinum Eagle since it went public. He is also the CEO of another blank check company, Graf Industrial. That company is based in NW Houston and completed its IPO in October 2018. It is still seeking a business to acquire.