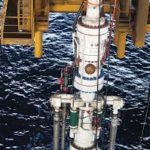 [UPDATE: The parties settled the case on 18 February 2020. No details of the settlement were made public].

Weatherford International has sued Frontier MWD Systems over the alleged theft of trade secrets. Frontier, based in NW Houston, is a US subsidiary of NewTech Services, an oilfield services company with its head office in Moscow, Russia.

NewTech was formed in 2009 and has 1,300 employees. It mainly operates in Russian and countries of the former Soviet Union. It has manufacturing operations in Russia, Great Britain and the USA.

Weatherford has also sued four of its former employees who were ‘poached’ by Frontier. The technology involved is in managed pressure drilling and, in particular, rotating control devices (RCD) to contain and divert fluid returns and enable wellbore pressure management.

Weatherford is a market leader in RCD systems and its housing assembly and bearing (which sits in the housing assembly) are based on the company’s trade secrets and proprietary information (such as dimensions, tolerances, seals etc.).

Frontier, which did not offer an RCD bearing system, hired from Weatherford;

On March 25, 2019, Dietrich and Frontier began marketing a new product, an RCD bearing, that is compatible with Weatherford RCD housing assemblies.

Weatherford alleges that, for Frontier to develop such a product in less than a year, it must have used Weatherford’s trade secret information, including designs, drawings and engineering specifications.

Weatherford filed a lawsuit in Harris County on April 9, 2019 against Frontier and the four ex-employees. The following day it was granted a temporary restraining order that ordered;