The number of wells drilled but not completed (DUCs) fell for the fourth month running. At the end of June, the total number of DUCS was 8,248, down 41 on the (slightly restated) prior month. This is according to the latest Drilling Productivity Report from the Energy Information Administration (EIA). The report covers key onshore unconventional (shale) plays.

Interestingly, the peak number of DUCs, which occurred in February, has been revised down by over 100 from last month (from 8,416 to 8,313).

After falling last month, completions rose by four to 1,383, though last month’s number was revised down by 16. 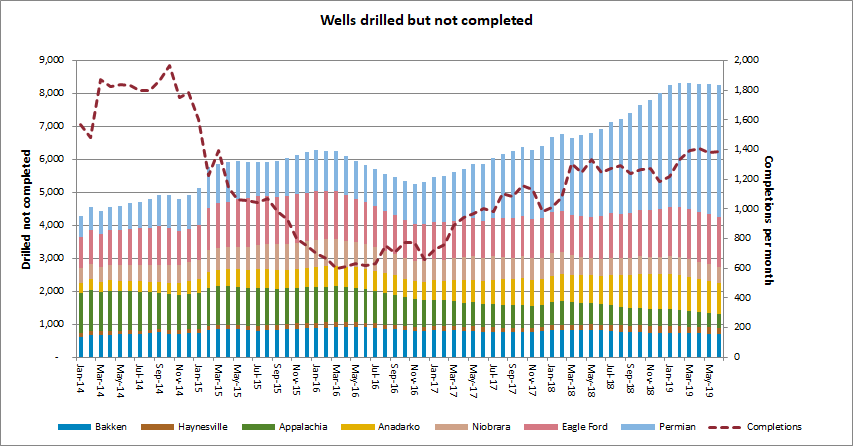 For context, overall US oil production was 12.2 million bpd in April 2019, the first time it has exceed 12 million bpd. This includes nearly 2 million barrels from the Federal waters of the Gulf of Mexico, as well as other conventional areas such as California (451k) and Alaska (475k). The Gulf of Mexico is up 400,000 bpd on April 2018.