The number of wells drilled but not completed (DUCs) fell for the fifth month running. At the end of July, the total number of DUCS was 8,108, down 100 on the revised prior month. This is according to the latest Drilling Productivity Report from the Energy Information Administration (EIA). The report covers key onshore unconventional (shale) plays.

The DUCs for previous months going back to December were revised downwards by about 30 a month. 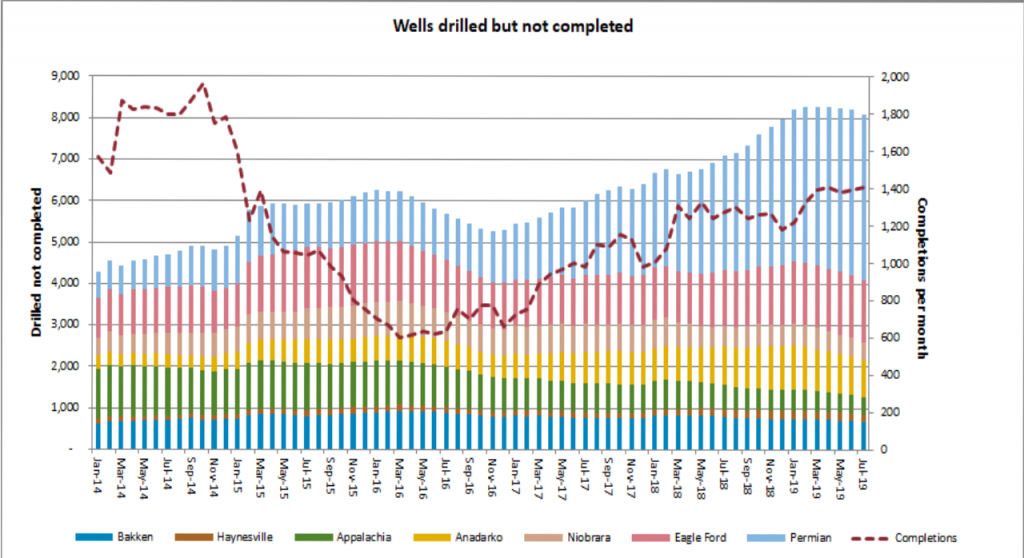 This month, the EIA revised previously reported months upwards. March through June were adjusted by an average of 115,000 bpd. That reverses the trend of downward revisions in recent months.