The number of wells drilled but not completed (DUCs) fell to 7,950 in August 2019, the lowest level since November 2018. This is according to the latest Drilling Productivity Report from the Energy Information Administration (EIA). The report covers key onshore unconventional (shale) plays.

The number of DUCs has fallen by almost 300 since April 2019. In addition, the monthly 2019 numbers were also revised down by about 30-40 DUC’s from the numbers reported previously.

Completions were 1,389 in August 2019, a slight reduction from last month. 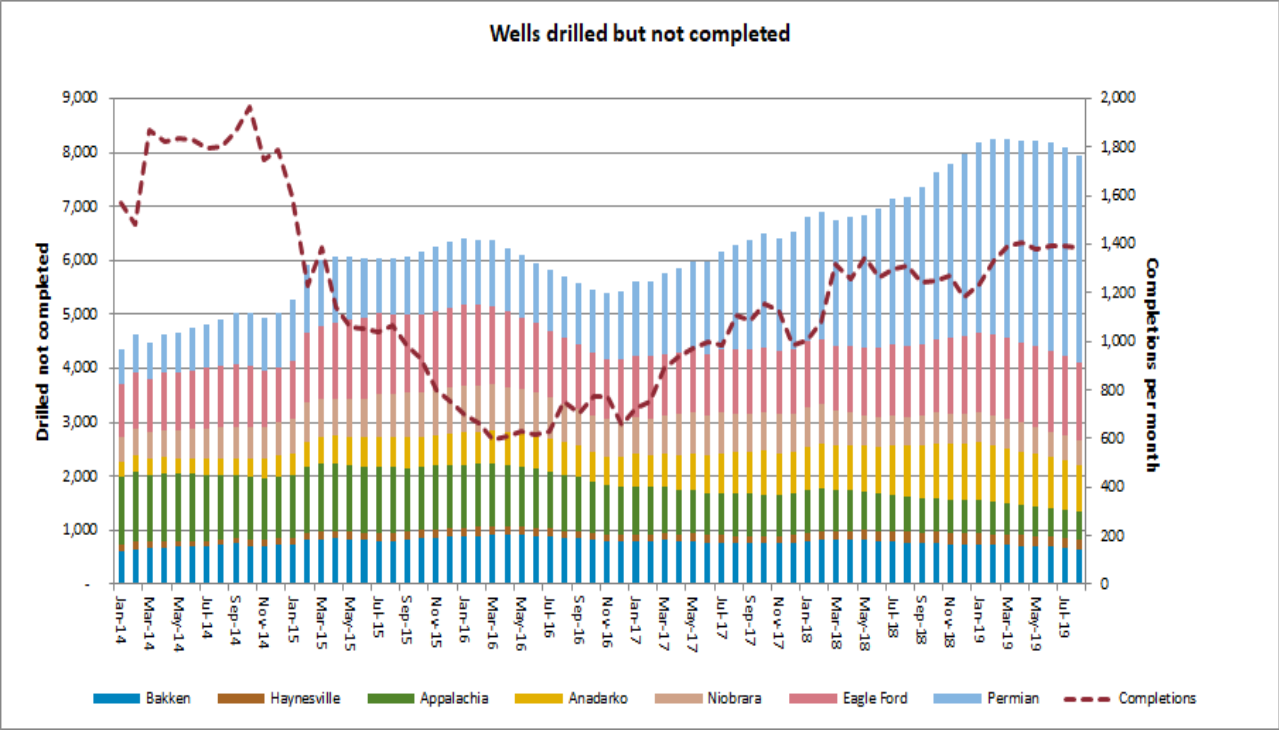 Interestingly Spears & Associates recently published a podcast ‘Mythical Beasts’ that cast doubt on the number of wells drilled but not completed. They point out flaws in the EIA methodology and have estimated that the number of DUCs is overstated by about 3,000. They conclude that there isn’t really a backlog of wells being held back by the E&P companies.

The September 2019 projection is 919,000 bpd higher than September 2018. That’s the first time in two years that the year-on-year increase is below 1 million bpd.