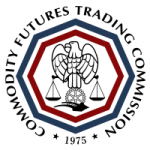 Matt Webb, the owner of Classic Energy LLC, has agreed to pay a $1.5 million penalty following the settlement of charges brought by the US Commodity Futures Trading Commission (CFTC).  The company is based near downtown Houston and is a broker of trades in energy futures.

According to the order, on 63 occasions between April 2014 and September 2015, Webb misused material, nonpublic block trade order information provided to him by Classic’s customers. Instead of using this information to facilitate trades with other market participants, as customers expected, Webb took the other side of these block trades in his proprietary trading account.

According to the order, Webb further deceived Classic’s customers by creating the false impression that he was acting only as a broker, not as a trading counter-party. Webb charged brokerage commissions. Through this scheme, Webb realized profits over of $400,000.

Webb agreed to settle without admitting or denying any of the findings or conclusions of the order. In addition to the $1.5 million penalty, he agreed to pay disgorgement of $413,065. Mr Webb is also banned from trading until January 3, 2022.

Mr Webb executed most of those trades on an electronic trading operated by Ice Futures US (‘ICE’) which is part of a public company that is itself regulated by CFTC. Back in December 2016, Mr Webb settled with ICE over allegations that he entered into 52 fictitious transactions. (I think the 52 is a subset of the 63 trades cited by the CFTC). He agreed to pay disgorgement of $303,627 and a penalty of $503,627. In addition the company agreed to pay a fine of $250,000. An employee of Classic Energy also agreed to pay a fine of $100,000 for entering some fictitious transactions.

The CFTC stated that the $413,065 disgorgement would be reduced by whatever Webb had paid ICE in relation to the $303,627 from the December 2016 settlement.