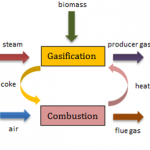 Synthesis Energy Systems, essentially a publicly-traded shell company based in the Galleria area, has agreed to buy Australian Future Energy. The acquisition is an all-stock stock deal that values AFE at $36 million. SES currently owns 36% of AFE.

SES owns proprietary technology that produces synthesis gas from the burning of low-grade coal and using that gas as an input in the production of chemicals such as methanol or ammonia. In the current environment of relatively low oil prices and abundant natural gas, the technology is not able to compete economically.  In its last published quarterly results, the company had zero revenue and shareholders’ equity of $1.3 million.

AFE plans to acquire Australian energy resources such as coal and biomass so that it can produce synthesis gas.

Prior to the announcement of the deal, the share of SES were trading at $1.80. Post market-close on Friday they were trading at $7.50. That would give the company a market capitalization of $10 million.

Earlier this year, SES had agreed to sell its gasification technology to AFE for $5.8 million in cash and 1 million shares in AFE. SES would have kept ownership rights for the technology in China. However the deal collapsed in September.