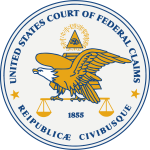 Senior Judge Charles Lettow of the US Court of Federal Claims has ruled that the federal government is liable for damages incurred during Hurricane Harvey.

The ruling specifically applies to 13 test properties that were part of a two-week trial in May 2019. These properties were owned by private citizens and located in a (normally) dry reservoir upstream of the Addicks and Barker Cypress dams. However 10,000 homes in the neighborhood were affected.

History of the dams

After two major floods in 1929 and 1935 caused extensive damage to downtown Houston, the Addicks and Barker Cypress dams were built in the 1940’s to help protect downtown Houston. The dams (levees) were built about 18 miles west (upstream) of downtown. However certain aspects of the design, such as a levee on Cypress Creek (upstream of the dams) were never built.  Even then, the government calculated that the land liable to flood in extreme storms was greater than the area acquired by the government for flood control purposes.  At the time, the government didn’t consider this a big deal as the land behind the dams was used for ranching and rice farming. Land was purchased by the government for between five and ten dollars per acre.

During Hurricane Harvey in September 2017, the Army Corps of Engineers closed the gates at the dams to prevent flooding downtown. Over a four-day period, over 30 inches of rain fell in Harris County. This resulted in 154,000 homes being flooded in the county.  However the actions prevented an estimated $7 billion of damages in downtown Houston.

The judge ruled that these actions amounted to the ‘taking’ of personal property for the benefit of the federal government. This requires the government to compensate landowners under the US Constitution’s Fifth Amendment.

The immediate next step is that the court proposes to adjudicate damages for five of the thirteen test properties. Each side will propose three properties for consideration for damages by January 21, 2020. The court will then select five properties from the six put forward.

There is a separate legal case concerning properties downstream of the Addicks and Barker dams that were flooded when the Army Corps intentionally let out water during Harvey that threatened to spill over the dams.  According to the Wall Street Journal the judge in that case recently ordered the government and plaintiffs’ lawyers to discuss a settlement.