The number of wells drilled but not completed (DUCs) fell to 7,573 in December 2019, the lowest level since October 2018. This is according to the latest Drilling Productivity Report from the Energy Information Administration (EIA). The report covers key onshore unconventional (shale) plays.

More significantly completions fell sharply to 1,086 in December 2019, down 320 from the peak in the summer. Some of the downturn is due to E&P operators being under pressure to be cash-flow positive in 2019, so I would expect some modest rebound in Q1 2020. However, the likes of Halliburton and Schlumberger have announced significant reductions in pressure pumping capacity. That suggests a significant rise in completions is unlikely any time soon. 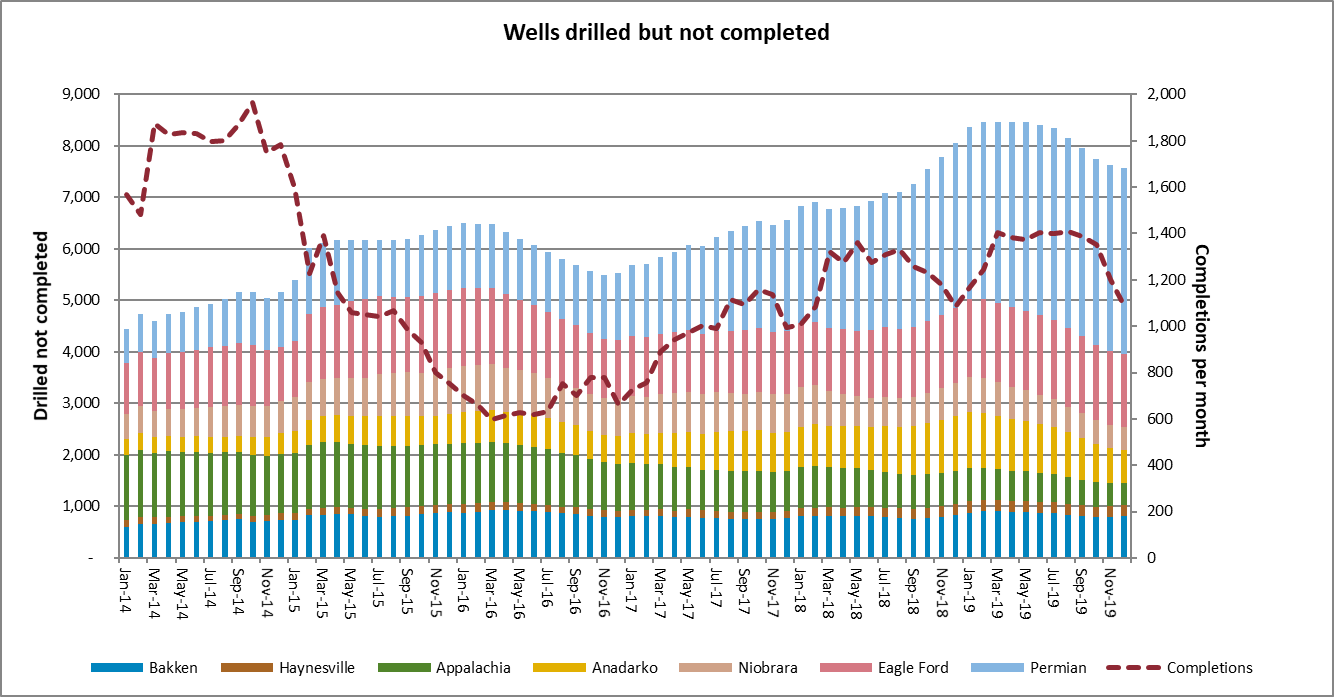 Note that, in August 2019, Spears & Associates published a podcast (EP125) ‘Mythical Beasts’ that cast doubt on the number of wells drilled but not completed. They point out flaws in the EIA methodology and have estimated that the number of DUCs is overstated by about 3,000. They conclude that there isn’t really a backlog of wells being held back by the E&P companies.

The EIA is projecting production of 9,178,000 barrels per day (bpd) for January. That’s up 33,000 on December’s number. For February, the projected rise is even lower (22,000 bpd). This suggests oil production from the unconventional shale plays is about to stall out.