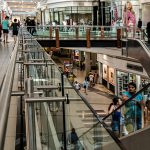 Francesca’s Holdings has appointed Andrew Clarke as its new CEO, effective March 9, 2020. He replaces Michael Prendergast, who has been serving as interim CEO since February 2019.

Former CEO Michael Lawrence left to become the Chief Merchandising Officer at Academy Sports & Outdoors, based in Katy. However it was only in December that the company announced it had hired a retained search firm to find a new CEO.

Francesca has a market capitalization of $22 million and has its head office in west Houston. It operates approximately 700 boutiques in 47 states. Like many retailers, it has been struggling with tough market conditions.

Mr Clarke has plenty of retail experience and was previously the President at Loft and Chief Merchandising Officer at Justice. He will receive a base salary of $700,000 and a restricted stock grant of $500,000 that will vest over three years. As he is moving from New York, he will also receive a lump-sum payment of $200,000 to cover relocation costs.

In July 2019, CFO Kelly Dilts resigned to become the Senior VP Finance at Dollar General, based in Tennessee. Cindy Thomasee was promoted from Chief Accounting Officer to take her place.