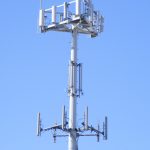 Crown Castle, now the largest Houston-area public company by market capitalization ($68 billion) following the recent energy meltdown, has announced that it will restate its financial statements for 2016 through 2018. It may have to file an extension for its 2019 results.

The company is based in the Galleria area and owns, operates and leases more than 40,000 cell towers and more than 75,000 route miles of fiber supporting small cells. It has revenues of $5.8 billion and 5,000 employees.

The restatement is the result of an error in its revenue recognition of tower installation services. In short, the company had been recognizing the entirety of the transaction price when it had completed installation services. However some of the transaction price was consideration for  permanent improvements in the installation. The improvements were recorded as fixed assets, therefore the consideration received for that element should have been recognized over the lease term.

The effect is to reduce adjusted EBITDA for 2019 by $100 million. Profits for previous years have also been reduced. The cumulative effect is increase liabilities and reduce equity by $457 million. It sounds like a big number but it is less than 4% of equity.

The Securities and Exchange Commission (SEC) issued a subpoena in September 2019 requesting certain documents from 2015 through to the present. However, the company states it had previously provided information to the SEC related to the matter. The company also said that the SEC investigation is still ongoing. That sounds like there could be more bad news coming.

The auditors for Crown Castle are PricewaterhouseCoopers. This episode doesn’t reflect well on them.

Unsurprisingly, the company that the restatement indicates the existence of one or more material weaknesses in its internal control over financial reporting.