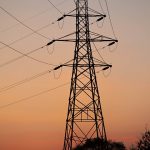 NRG has agreed to buy Houston-based Direct Energy from Centrica for $3.6 billion in cash. The company expects to save $300 million in synergies, much of it from the elimination of duplicate headquarters and back office functions.

NRG is an integrated power company that has its head office in New Jersey. It has an operational head office in Houston as most of its retail revenues are in Texas. Its generating capacity is split more evenly between Texas, New York, Connecticut, Illinois and California.

Direct Energy was acquired by UK-based Centrica in 2000 for $912 million. At that time, Centrica (formerly a nationalized company called British Gas) was looking to grow internationally. Through Direct Energy, it subsequently acquired Clockwork, a home services franchise platform that operated brands such as One Hour Heating & Air Conditioning, Benjamin Franklin Plumbing and Mister Sparky Electric.

In recent years, Centrica has been losing market share in its home market. This forced it to retreat from its international operations. It sold Clockwork last year for $300 million.

When Direct Energy was acquired, its head office was in Toronto, Ontario.  The head office moved to Houston in 2012. It is one of the largest retail providers of electricity, with customers in all 50 states. The acquisition allows NRG to diversify its retail customer base.

NRG expects to achieve $300 million in synergies by 2023 while spending $220 million in one-off costs to do that. It doesn’t quantify how it gets to the $300 million but does state that there will be ‘facility savings with significant employee geographic overlap, co-loaded headquarters and branch offfices’.

The transaction is expected to close by the year end.