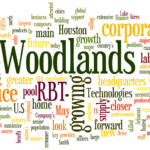 Brent Rystrom has resigned from his position as CEO of RiceBran Technologies after poor second quarter results. The company also announced that it had hired BMO Capital Markets to review strategic alternatives.

RiceBran is a manufacturer and marketer of products derived from rice bran. These are sold to food and animal nutrition manufacturers and retailers. The company moved its head office from Sacramento to The Woodlands in June 2018 so that it could be nearer the supply of rice in Arkansas and Louisiana. The company has revenues and a market capitalization of around $25 million.

Mr Rystrom became the CEO in October 2018. He joined the company as CFO in March 2017. He will receive a severance package of 90 days of base salary. Mr Rystrom will provide consulting services through the end of the year.

Peter Bradley, who joined the Board of Directors in July 2019, has been appointed Chairman and Chief Executive.

In the second quarter, the business had a negative gross profit margin of 20% as it got squeezed at both ends in the pandemic. Surging consumer demand for rice resulted in both large price increases and shortages for rough rice (a raw material input). As a result, the company had trouble maintaining output at its Arkansas mill. Customer development also slowed.