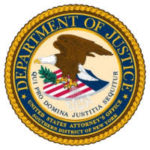 Zhengdong Cheng, a Texas A&M Professor conducting research for NASA, has been arrested and charged with concealing his connections with Chinese universities and at least one Chinese-owned company.

Cheng gained his PhD at Princeton in 1999 and joined Texas A&M in 2004. He became a Professor in 2017. Cheng’s research primarily focuses on complex fluids and soft matter.

In April 2013, Cheng and his research team at Texas A&M received a grant from NASA worth $746,967. The grant was to cover research into the behavior of colloidal systems in the microgravity environment of the International Space Station (ISS).

The terms of the grant stipulated that no collaboration was allowed with China or any Chinese-owned company. The grant initially covered the period to August 2018 but was subsequently extended to August 2020.

Unbeknownst to those at Texas A&M, the criminal complaint alleges that Cheng was, between 2012 and 2018, the Director of the Soft Matter Institute of Guangdong University of Technology (GDUT).

Additionally, Cheng participated in China’s Talent Plans. These are programs established by the Chinese government to recruit individuals with access to or knowledge of foreign technology or intellectual property.

In 2014, Cheng also jointly formed a company focused on the design and application of microfluidic chips. The company is based in Foshan City, China.

The complaint alleges that Cheng signed forms, annually, that he followed the terms of the grant. However, Cheng published 13 research papers between 2012 and 2018 that listed his role at Guangdong University. Eight listed both his affiliations at GDUT and Texas A&M. He even obtained two Chinese patents in 2016 and 2017.

According to the complaint, one researcher on the Texas A&M team stated in an email that ‘the US-based research team hardly did any research for the Grant, As a result, Cheng turned to research performed by his team at GDUT and then passed on the results to NASA.