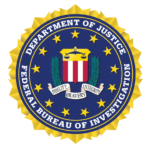 [UPDATE 08-13-21 Hastings has pleaded guilty and is scheduled to be sentenced in November 2021. Former CFO Whiteley and former VP of Operations Scott previously pled guilty and are awaiting sentencing.]

Jeff Hastings, the former CEO of SAExploration, has been arrested in Anchorage, Alaska on charges of wire fraud and securities fraud. He will face charges in the Southern District of New York.

SAEX is a seismic company that had significant operations in Alaska. It is based in west Houston and recently filed for Chapter 11 bankruptcy Back in February, the company restated its financial results, going back to 2014. It alleged that Hastings and former CFO Brent Whiteley misappropriated nearly $17 million between 2012 and 2019.

Whiteley hasn’t been charged with any crimes. In the FBI complaint, he is named as ‘Co-conspirator 1″. The FBI states he has ‘agreed to assist law enforcement, in part, in hopes of entering into a cooperation agreement with the Government’.

Two other co-conspirators are mentioned in the complaint, by title, though not by name. Brian Beatty, the founder and COO until December 2019, is ‘CC-2’. Michael Scott, the VP of Operations is ‘CC-3’. He resigned from his position at SAEX on September 14.

The complaint alleges that the scheme began in February 2015 when the CEO and CFO discussed ways for SAEX to take advantage of tax credits offered to seismic companies by the State of Alaska to help offset the costs of exploring for oil and gas in the state. The problem for Hastings and Whiteley was that the Board of SAEX was against the idea of the company operating its own data library.

In May 2015 Hastings and Whiteley set up Alaskan Seismic Ventures (ASV) as a seismic data library company that would buy seismic data from SAEX and lease it to E&P operators. However, they hid their involvement and control over ASV from the Board and investors.  To get the state credits, the company was required to conduct transactions with SAEX on an arm’s length basis.

The CEO and CFO learned that lenders were willing to make loans to ASV, if ASV was able to demonstrate it had substantial capital. $12 million of fake invoices to another company secretly controlled by Hastings allowed SAEX to send $6 million to ASV.

Unfortunately, the lenders decided not to provide funding to ASV. Hastings and Whiteley decided to send $5.8 million back to SAEX as partial payment for the seismic data it acquired.

The remaining $6 million was allegedly misappropriated by Hastings and the co-conspirators for their own personal use.

Other issues raised by the company

When the company restated its results it also said that

These two items are not part of the charges brought against Mr Hastings.