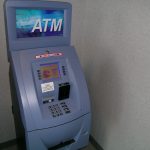 NCR has agreed to buy Houston-based Cardtronics for $1.8 billion or $39 a share. Last month, the company had accepted a bid of $35 a share from two private equity firms, Apollo Global Management and Hudson Executive Capital.

Cardtronics is the world’s largest ATM operator with 285,000 ATMs in 10 countries. The company owns about a quarter of the ATMs. For the rest, Cardtronics manages the ATMs for customers such as Walgreens and CVS. Approximately half of its $1.2 billion of revenues comes from the company charging end users a surcharge fee for using its company-owned ATMs.

NCR, based in Atlanta, makes ATMs as well as point-of-sale systems and self-service kiosks for businesses such as retailers and restaurants. It has revenues of $6.2 billion, over four times the revenue of Cardtronics.

Timeline of the deal

According to the proxy statement filed earlier this month, the company first approached private equity firms in May 2019. Apollo was one of them and they submitted a non-binding indication of interest in June 2019. The Board did not it compelling enough and shelved discussions.

After the company withdrew its 2020 annual guidance in April 2020, Apollo again reached out to the company, expressing interest in the company. In August, Apollo approached Hudson about teaming up on a transaction. The firms subsequently submitted an oral offer of between $30 and $32 a share.

In October, the Board decided to seek alternative partners. Goldman Sachs approached 8 different parties. NCR was not one of the 8. Only one of these parties submitted a non-binding offer of interest and even that party did not want to pursue a deal in the timeline set by the company.

Two days after Cardtronics disclosed on December 9 that it has received a proposal from the PE firms for $31 a share, NCR contacted the company, expressing interest. Three days, NCR submitted a written bid for $36 a share.  On New Year’s Eve, NCR upped the bid to $39 a share.

Under the terms of the agreement with the PE firms, Cardtronics would have to pay a break-up fee of $32.6 million if the company accepted a higher offer. NCR has confirmed that it has paid this fee to the company.

CEO Ed West is line for a golden parachute payment of at least $26.5 million. The four other members of the senior management team will share at least $22 million.

Goldman Sachs got a fee of $5 million when the deal with the PE firms was initially announced. A further $20 million will be paid when the acquisition closes.