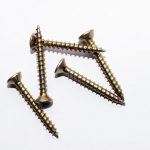 Landcadia Holdings III, the third blank check company taken public by Tilman Fertitta and Jefferies, has agreed to a reverse takeover with The Hillman Group. The deal values Hillman at $2.64 billion.

Landcadia III went public in October 2020. At the time, the company said that it intended to search for opportunities in the consumer, dining, hospitality, entertainment and gaming industries. Landcadia I became Waitr Holdings (online food ordering and delivery) while Landcadia II recently closed on its deal and became Golden Nugget Online Gaming.  In a left turn, Hillman is not involved in these sectors at all. It distributes hardware to retailers.

Hillman distributes fasteners and work gear to Lowe’s, Home Deport and Walmart. It also has 32,500 machines that cut keys, fobs and perform knife sharpening. Impressively, the business has grown organically in 55 of the 56 years it has been in existence. The one year it didn’t grow was 2009 when sales fell 5%.

The deal is expected to close in the second quarter of 2021. After the close, Mr. Fertitta will have no role in the company, other than being a small shareholder. The company will be based in Cincinnati.