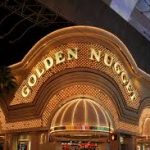 Fertitta Entertainment Inc (‘FEI’), the parent company of Landry’s restaurants and Golden Nugget casinos is to go public through a reverse takeover of FAST Acquisition, a blank check company.

Tilman Fertitta, the sole owner of FEI, will continue to the be the Chairman and CEO of the company and will remain the largest shareholder, owning about 59% after the deal closes.

Both the restaurants and the casinos seem to be holding up better than its publicly-traded competitors.  For the third quarter of 2020, revenues for the restaurant division were $494 million, down 32% on the same quarter in 2019. However, adjusted EBITDA was $101 million, down only 17% on the corresponding period.

FEI also owns 79.9% of the voting rights of Golden Nugget Online Gaming. This business was sold by FEI in December 2020  to a blank check company that had been launched by Mr. Fertitta (Landcadia Holdings II).

Landry’s was public before

Landry’s originally went public in 1993 when it had 9 restaurants. In 2010, the business had 200 restaurants and Mr. Fertitta took it private in a $1.4 billion transaction.

Mr. Fertitta had considered going public via an Initial Public Offering (IPO) but decided that he could access capital markets faster and with more certainty if it did a deal with FAST.  The blank check company went public in August 2020 and was led by Sandy Beall, an experienced restauranteur and hospitality founder.

FEI also owns the Houston Rockets. That business is not part of the transaction.

The deal is expected to close in the second quarter of 2021.