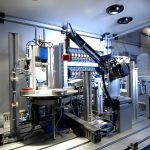 Dr. Rouzbeth Shahsavari has agreed to pay nearly $150,000 to resolve allegations that he and his company defrauded the National Science Foundation (NSF) and the Navy.

Dr. Shahsavari is the owner and chief scientist at C-Crete Technologies Ltd in Stafford, SW Houston. He started his company while completing his PhD at Massachusetts Institute of Technology (MIT).  The company is developing new uses for advanced materials using nanotechnologies and advanced computations.

The company applied for grants to NSF and the Navy in 2015 and 2016. One of the conditions of any grant was that the applicant must have a subaward agreement with a collaborating research partner. Dr. Shahsavari said he had such an agreement with Rice University when, in fact, he did not. (He is, though, an Assistant Professor at Rice).

The company also failed to notify Navy personnel that their designated principal investigator had stopped working for the company almost three months before the grant was awarded.  Assuming the allegations were true, in both circumstances, the company was ineligible to receive the $147,589 grant.

The claims resolved by the settlement are allegations only. There has been no determination of liability.