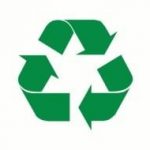 Houston blank check company, Peridot Acquisition Corp, has agreed to buy Li-Cycle for $1.1 billion in a reverse takeover. Li-Cycle is a lithium-ion battery recycling company, based in Toronto.

Peridot went public in September 2020 with the aim of finding an acquisition in the environmental infrastructure or renewables sector, so Li-Cycle definitely fits the bill.

Li-Cycle aims to recycle electric vehicles batteries. In addition to end of lifecycle recycling, 5%-10% of battery production is rejected as waste during the manufacturing process. As EV production ramps, Li-Cycle sees a big and growing market. It uses a non-thermal process to recycle the batteries, allowing it to recover 95% of the battery mass.

Li-Cycle is still in a start-up phase. It currently has three locations in North America that shred and mechanically separate batteries. The company is also developing a hub in Rochester, New York that will produce, at scale, lithium carbonate, Nickel Sulphate and other high-grade minerals for resale.

It has signed 40 commercial contracts with suppliers, including over $900 million in contracted off-take.

The deal values Li-Cycle at 10 times 2023 projected EBITDA. At close, the business will have $566 million in cash on hand. That will allow Li-Cycle to fund the capital expenditures required to complete its business plan.

The combined company will be led by Li-Cycle CEO Ajay Kochhar. Fellow co-founder Tim Johnson will be the Executive Chairman. Peridot CEO Alan Levande will join the Board, as will Scott Prochazka, ex-CEO of Centerpoint Energy.