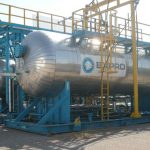 Two Houston-based oilfield service companies, Expro Group and Frank’s International are combining in an all-stock transaction worth about $3 billion.

Technically, Expro has its head office in the Reading, UK but its CEO and CFO are based in Houston. Similarly, Frank’s has its official head office in The Netherlands but its operational head office is in west Houston. Frank’s is publicly-traded, while Expro was a UK public company until it was taken private by a private equity consortium in 2008. Expro later filed for a pre-packaged Chapter 11 bankruptcy in December 2017.

In 2020, Expro made $98 million adjusted EBITDA on $675 million revenue. Frank’s only had EBITDA of $9 million on $390 million revenue. Frank’s went public in 2013 and has been  dysfunctional ever since. When current CEO Mike Kearney was appointed to that role in September 2017, he was the fourth CEO in three years. Likewise, Melissa Cougle became the third CFO in just over four years when she was appointed in May 2019.

Mr. Kearney will become Chairman of the combined group. As a result of him giving up the CEO position, all his outstanding equity awards will vest. The company didn’t quantify the amount but it is likely to be worth a few million.

There was no word on the fate of Ms. Cougle or the other executive officers of Frank’s.

The companies expect to realize annualized savings of $70 million, with $40 million from support and indirect costs and $10 million from rationalizing facilities.

The deal is expected to close in the third quarter.