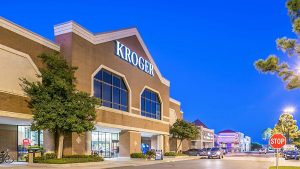 Weingarten Realty Investors, a Houston-based real estate investment trust (REIT) has agreed to be acquired by Kimco Realty Corporation, based in New York in a transaction valued at $5.9 billion.

KImco is the number two in shopping center REITs while Weingarten is number five. Weingarten primarily operates in Texas, Florida and California. It has 159 properties where it develops and leases space in centers anchored by tenants such as Kroger and TJ Maxx.

Harris Weingarten, an immigrant from Poland, first came to America in the 1880s. He started a general store in the Richmond/Rosenberg area, southwest of Houston. To grow the business, he moved to Houston in 1895 and opened his first grocery store in 1901. His son founded the real estate company in 1948 to build supermarkets for his father’s business. The grocery business grew to 103 stores before being sold to Grand Union in 1980 while the real estate business went public in 1985. Harris’ grandson, Stanford Alexander, 92, is Chairman Emeritus while great-grandson, Andrew is the Chairman and CEO.

Kimco shareholders will own approximately 71% of the combined company. The company will keep the Kimco name and its headquarters in New York. The press release stated that the business would be run by Kimco senior management. It made no mention of the Weingarten executive team.

According to the recently-filed proxy, Andrew Alexander will get approx $17 million (including vested equity) if he leaves as a result of a change in control. COO Johnny Hendrix will get about $8 million, CFO Stephen Richter over $9 million. The two Alexanders still own 6% of the equity. That means the stake is worth about $200 million.

Kimco expects to make annual savings of $35-$38 million from the combination, which it  expects to close in the second half of 2021.