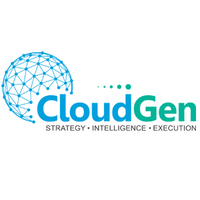 The company is an IT consulting firm that has its US headquarters in west Houston. However, many of its employees are based in Hyderabad, India.

Between March 2013 and December 2020, the company admitted to recruiting IT workers from India under H-1B visas. An H-1B visa is used to hire foreign workers to fill specialized jobs in the US where resident workers cannot be found. In that time, the company applied for 94 visas.

Once Cloudgen found work for them, the company would switch the visas to the new employer. Cloudgen took a percentage of the worker’s salary as their fees. It earned approximately $493,516.28 in profits during the course of the conspiracy.

Sentencing is set for September 16. At that time, the company could have to pay up to $500,000 or the greater of twice the gross gain or twice the gross loss as well as a maximum five years of probation.