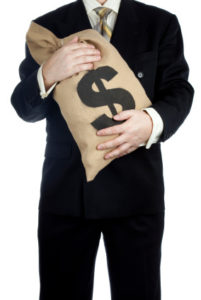 David Dickson, the CEO of McDermott International, has resigned with immediate effect. Non-executive director, Lee McIntire becomes the interim CEO. Mr. McIntire joined the Board in July 2020 and was the CEO of CH2M Hill, a global engineering services company from 2006 to 2014.

Mr. Dickson had been the CEO since December 2013. He presided over the disastrous acquisition of CB&I in May 2018 for $4.1 billion. Cost overruns on some major projects led to a $2.1 billion write down in goodwill 7 months after acquisition. McDermott filed for bankruptcy in January 2020 and exited 6 months later, having eliminated $4.6 billion of debt.

In April 2021, a judge in the Southern District allowed a class action lawsuit against McDermott and Mr. Dickson to continue. The plaintiffs allege that CB&I hid $1 billion of cost overruns at the time of acquisition though Mr. Dickson told investors that McDermott had performed significant due diligence and priced in potential risks. You can read the judge’s opinion here.

The company is now private so it does not have to disclose the terms of Mr. Dickson’s departure. When the company exited Chapter 11, it was obliged to negotiate a new severance and change-of-control agreement with the executive management team. Mr Dickson’s old contract would have paid 250% of his base salary of $1.1 million and target bonus.

Most of the executive management team that was at the company when it exited Chapter 11 have now left;