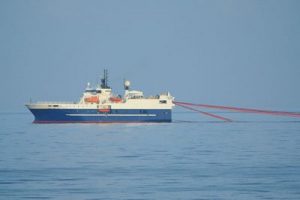 MIND Technology, a provider of seismic equipment, based in The Woodlands, has announced changes to its senior management. Guy Malden, Co-CEO and Executive VP of Marine Operations will retire at the end of the year. Rob Capps, Co-CEO and CFO, will become sole CEO. Mark Cox, currently the Chief Accounting Officer, steps up to CFO.

The company was formed in 1987 by Billy Mitcham and was originally called Mitcham Industries. It went public in 1995 and had its head office in Huntsville. Mr. Mitcham was CEO until he died in September 2015. Four days prior, Messrs. Malden and Capps had been appointed co-COOs. After the death of Mr. Mitcham, they were appointed co-CEOs.

The name change and head office move to The Woodlands occurred in 2019. The company has revenues of $21 million and a market capitalization of $27 million. MIND started out as a lessor of seismic equipment but, in recent years, has moved into manufacturing. Last year, it decide to exit the leasing business completely, with the resulting closure of offices in Calgary, Bogota and Budapest.

The Board has not yet determined whether to make any changes to the compensation of Mr. Capps or Mr. Cox.