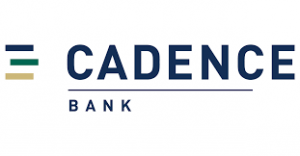 The Justice Department has announced a settlement with Houston-based Cadence Bank to resolve allegations that the bank engaged in lending discrimination by ‘redlining’ predominantly Black and Hispanic neighborhoods in the Houston area.

The Justice Department alleged that the bank engaged in redlining between 2013 and 2017 by avoiding providing loans and other home mortgage services in majority-Black and Hispanic neighborhoods.

In 2018, the Houston Metropolitan Statistical area had over 7 million residents. The region was 37.6 percent Hispanic, 35.5 percent White and 17 percent non-Hispanic Black. 52 percent of the census tracts were majority-Black and Hispanic.

From 2013 to 2017, 12 of the 13 branches that Cadence operated were located in majority-white neighborhoods. The remaining branch was in downtown Houston and mainly served commuters. In 2017, the downtown area became majority-white due to demographic change.

Cadence relied on its loan officers to generate loans. All, except the downtown branch, had at least one loan officer assigned to them. None of the loan officers spoke fluent Spanish, nor did the bank provide training to serve the credit needs of the majority-Black and Hispanic areas. The bank did not advertise at all in Spanish.

Of the nearly 1,600 mortgage applications that Cadence generated in that period, 14 percent came from majority-Black and Hispanic areas. In contrast, similar-sized peers in the Houston area generated 36 percent of their applications from the same areas.

As a depository bank, Cadence is subject to the requirements of the Community Reinvestment Act which requires most banks to meet the credit needs of the communities that they serve. In the case of Cadence that’s Harris, Fort Bend and Montgomery counties.

The regulator initiated an examination of the Bank’s practices in October 2017.

The bank is also required to dedicate at least four mortgage loan officers to majority-Black and Hispanic neighborhoods and open a new branch in one of these neighborhoods. It will also hire a Director of community lending to oversee these efforts and work with the bank’s leadership.

In April, Cadence announced that it would merge with BanCorpSouth, based in Tupelo, Mississippi in a $6 billion all-stock transaction. The deal is expected to close later this year.

Cadence entered settlement negotiations with the Department of Justice, with the consent and support of BancorpSouth.