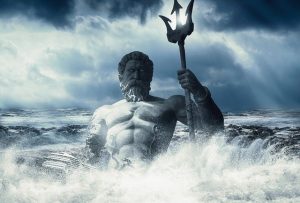 ION Geophysical, based in west Houston, has put itself up-for-sale. The company has hired Tudor Pickering Holt to assist in the evaluation of a range of strategic alternatives including outright sale, sale of assets and debt financing.

The stock price jumped from $1.50 to $1.94 in after-hours trading. That gives it a market capitalization of $62 million.

Traditionally, the company has provided seismic services to the offshore oil and gas market. More recently, it has been trying to diversify into providing mission-critical subscription offerings and engineering services offshore (like a maritime equivalent of an air traffic control system).

The company has revenues of about $77 million, but it is still losing money even at the EBITDA level. It hasn’t made an annual operating profit since 2014.

In April, it completed a debt restructuring (code name Project Poseidon). It exchanged $121 million of debt due in December 2021 with $116 million of new notes due December 2025. $7 million of the old notes remain outstanding. The new notes also have a right to convert to equity at a $3 conversion price.

The company also completed a $42 million equity raise. $8 million of the cash was used to pay the costs associated with the debt issuance. $17 million was paid to the debt holders as part of the exchange.

The largest shareholder is Gates Capital Management, who own 16.4%. They also own $70 million of the new loan notes.

The third largest shareholder at 5.5% is BGP, a seismic contractor that is a subsidiary of China National Petroleum Corporation. However, that ownership percentage is about half of what it used to be.

For many years, the company operated a joint venture with BGP. However, in March 2020, the company announced it had agreed to sell its 49% stake in the joint venture for $12 million. It didn’t say to whom and the deal still hasn’t closed 18 months later.