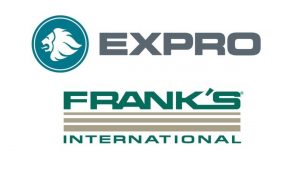 Frank’s International and Expro have completed their all-stock merger. The deal was originally announced in March. The business has a combined enterprise value of $3 billion.

Although, it was billed as a merger, effectively it is Expro who have taken over. The publicly-traded entity is now called ‘Expro Group Holdings’. Frank’s is being kept as a brand name.

Frank’s CEO Michael Kearney has been appointed Chairman of the Board. Melissa Cougle has stepped down as CFO, though she remains with the company as an employee.

The deal with Expro took a long time to reach agreement because of the complicated nature in which Frank’s went public in 2013. As part of that IPO, Mosing Holdings, on behalf of the family that controlled Frank’s at the time, entered into a Tax Receivable Agreement (TRA) whereby most of the future benefits from changes in taxable basis would go to Mosing Holdings and not the company.

Initially, as calculated in the TRA, Mosing Holdings would have received a cash payment of $68 million as a result of the deal. That was a major sticking point with Expro. They ended up settling the TRA for $15 million.