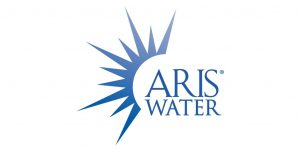 Aris Water Solutions has completed its initial public offering (IPO). It raised $214 million at $13 per share. That price was below the IPO range of $16-$18 per share. The company has its head office in the Memorial City area.

The business (technically, the predecessor company, Solaris Midstream) was formed in 2016 by Bill Zartler, founder and Executive Chairman. Trilantic Capital and Yorktown Energy Partners backed the company. Mr. Zartler is also the founder and CEO of Solaris Oilfield Infrastructure, which went public in 2017.

The CEO is Amanda Brock. She is the former CEO of Water Standard and served as the President of the Americas for Azurix, a business spun out of Enron in 1999.

Brenda Shroer is the CFO. She joined the company as an employee in June 2021 but has been on the board since July 2019. At that time she was the CFO of Concho Resources. Concho took a 20% stake in Aris in July 2019 when it sold produced water assets to the company for $330 million. Concho was acquired by ConocoPhillips earlier this year.