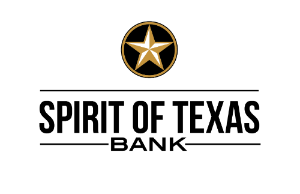 Spirit of Texas Bancshares, based in Conroe, has agreed to be acquired by Simmons First National Corporation, in a transaction worth $581 million. [UPDATE 04-08-22 – The deal has now closed.]

Spirit of Texas Bank operates 37 branches, primarily in the Texas triangle between Houston, Dallas-Fort Worth and San Antonio.

Simmons, based in Arkansas, operates 209 branches, but only 23 in Texas, around Dallas/Fort Worth and towns north of there.  It did have five locations in Austin and San Antonio but sold them to Spirit in February 2020 for $131 million. Simmons has been on an acquisition spree recently. Just last month, the company completed the acquisitions of two Tennessee-based banks for $278 million.

Spirit of Texas started in 2008 by acquiring First Bank of Snook in College Station. It went public in May 2008, raising $42 million. That valued the bank at around $200 million. It has made four  acquisitions since going public.

Founder and CEO of Spirit, Dean Bass, will retire and join the Simmons board as an independent director.

Both transactions are expected to close in the second quarter of 2022.