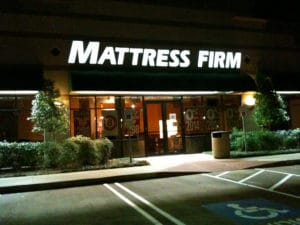 Mattress Firm has filed for an Initial Public Offering, five years after it was acquired by Steinoff International for $3.8 billion. The company has its head office in downtown Houston.

The company has not yet determined how much it plans to raise in its IPO.

Mattress Firm entered and exited Chapter 11 in late 2018 to shed itself of 640 unwanted stores. As part of the process, the lenders who provided the exit financing also acquired a 49.9% stake in the business from Steinhoff.

Steinhoff was founded in Germany in 1964 and moved its head office to South Africa in 1998. In late 2017, the company announced accounting irregularities in its European operations. A PwC report ultimately published in 2019 found that a small group of Steinhoff executives had recorded fictitious transactions totaling $7.4 billion over a period between 2009 and 2017.

Steinhoff has proposed a global $1.6 billion settlement with investors harmed by the fraud. To help pay for this, in September 2021, Mattress Firm paid a special distribution to its shareholders of $1.2 billion. Steinhoff, as 50.1% owner, got $601 million. The special distribution was financed by new term loan of $1.25 billion. Of this, $523 million was used to pay off the old term loan taken out as part of the Chapter 11 proceedings.

As o September 2021, the company has $1.0 billion of net debt and $77 million of stockholder equity. Included on the balance sheet is $1.5 billion of goodwill and intangibles.

In addition, four non-exec directors of Mattress Firm also received $3.845 million each as part of the $135 million payout.