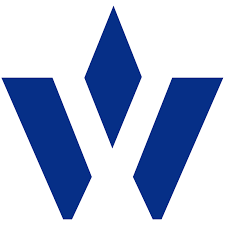 [UPDATE 02-28-22 The day before the original posting James Mastandrea filed for divorce from his wife, Christine. On Feb 9, Ms. Mastandrea was appointed COO. On Feb 23, Mr. Mastandrea filed a lawsuit in Harris County for wrongful termination, He is suing his wife, and the new CEO, amongst others].

Whitestone REIT has terminated, with cause, James Mastandrea from his position as Chairman and CEO of the company. David Holeman, the current CFO is appointed CEO. In turn, Scott Hogan, currently Vice President, Controller, becomes the CFO.

Whitestone has its head office in the Westchase area and is a shopping center REIT (real estate investment trust), with properties primarily in Houston and Phoenix. It has a market capitalization of $508 million.

The company said that an independent internal investigation found that Mr. Mastandrea’s conduct to be in violation of his employment agreement and inconsistent with Company standards and responsibilities of the CEO. They also stated that his termination is not related to Whitestone’s operating performance, financial condition or financial reporting.

Mr. Mastandrea, 77, has been the CEO since 2006 and has a base salary of $600,000. Because he was fired for cause, he will only receive accrued and unpaid base compensation.

Interestingly, the press release and SEC filing makes no mention of his wife, Christine, who is also an Executive Officer of the company. Presumably, she is still employed in her role as Executive VP of Corporate Strategy (base salary $300,000).

Back in 2016, Whitestone sold 14 non-core properties for $84 million to Pillarstone Capital REIT, which is a private company that James Mastandrea set up for the transaction. Mr. Mastandrea is still the beneficial owner of 78% of this REIT. John Dee, the COO of Whitestone, is also a beneficial owner of Pillarstone and acts as the latter’s CFO. The transaction was approved by a special committee of independent trustees. Even so, in my opinion, it is not a good look for a public company. Pillarstone has since disposed of six of the properties.

Mr. Holeman joined the company as its CFO in 2006 and was previously the CFO of Gexa Energy. Mr. Hogan joined in 2008 having previously been the Controller at Gexa Energy.

New compensation arrangements for Mr. Holeman and Mr. Hogan have yet to be determined.