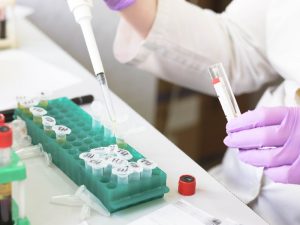 Ten Texas Doctors, including five from the Houston-area, have agreed to pay of total of $1.68 million to resolve allegations involving illegal kickbacks. There was no determination of liability.

The cases revolve around Little River Healthcare, an operator of a hospital (and related clinics) based in Rockdale, TX, located between Austin and College Station. Little River went into bankruptcy in June 2018 and closed in December of that year.

Between 2013 and 2016, the hospital embarked on an aggressive growth strategy by adding surgery centers, diagnostic imaging centers and over 50 physician offices. It utilized third party laboratories to perform tests that the hospital itself was unable to perform. They created a way for physicians, who were ordering tests from out-of-network laboratories to provide those services in-network through Little River’s hospital contract with Blue Cross Blue Shield (BCBS).

Unfortunately, this way also involved volume-based commissions paid to independent contractor recruiters, who used management service organizations (MSO) to pay doctors for their referrals. That is illegal under Medicare, Medicaid and other federally funded programs. The scheme ran from 2015 to 2018.

The Houston doctors involved are (together with the settlement they have agreed to pay);

The largest settlement involved Gary Goff, M.D. of Dallas who agreed to pay $454,088.

Back in January, in a related case involving Little River Healthcare, seven TX doctors and a hospital CEO agreed to settle allegations of kickbacks for $1.1 million.

In 2016, BCBS started investigating Little River’s billing practices in relation to third party laboratories and started withholding payments to Little River. That caused a severe liquidity crisis for Little River which forced it into bankruptcy. Prior to bankruptcy, Little River had filed for arbitration in its dispute with BCBS. In May 2020, a Texas arbitrator awarded Little River $108 million.