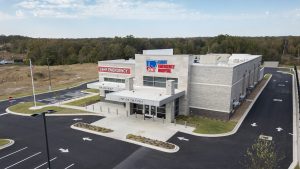 Nutex Health, a Houston-based operator of micro-hospitals, has gone public via a reverse takeover with Florida-based Clinigence Holdings.

Nutex owns and operates 14 facilities, with another 17 under construction. The hospitals offer emergency room care, inpatient care and behavioral health services. Most of the hospitals have less than 10 beds. Some of the hospitals are 100% owned by Nutex. Others are partly owned by physicians who provide services at that hospital.

Nutex was founded in 2011 by Chairman and CEO Tom Vo, M.D. The company has its head office in the Galleria area. It plans to open 100 micro-hospitals across the USA.

Clinigence started out as a healthcare information technology company. However, in early 2021, it pivoted to acquire AHP Health Management Services, which provides care for 22,000 patients in Los Angeles, though a network of 141 primary care physicians and 660 specialists.  AHP receives a fee per member, per month. Its shares were traded over-the-counter, but following the merger, the shares now trade on Nasdaq.

The CFO of the company will be Mike Bowen. He is based in Florida and has been the CFO of Accountable Healthcare America (AHA) since 2014. AHA, a medical management platform company, was acquired by Clinigence the same day it acquired AHP.