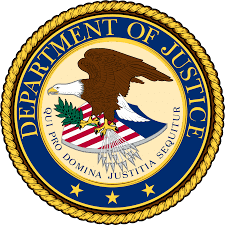 KBR has agreed to pay the US government $12 million to settle allegations of inflated billing and kickbacks during 2002-2003 regarding its work supporting the war in Iraq.

At the time, KBR was owned by Halliburton, with the split not occurring until 2007.

The lawsuit concerned the Logistics Civil Augmentation Program (LOGCAP) that KBR was awarded in 2001 to provide logistical support to the US military in the Middle East.

Three separate KBR employees rigged bidding processes for subcontract work involving trucks and trailers to two different Kuwaiti companies. In return, the employees received kickbacks from those companies. In addition, the third employee extended two contracts for an additional six months, even though the equipment had been returned to the subcontractor.

The settlement amount is actually $13,677,621 and includes $4,253,174 in restitution for over-billing. KBR will have to pay cash of $12 million within 10 days. The other $1.677 million has already been settled by credits that KBR previously provided.

Officially, the settlement agreement is neither an admission of liability by KBR nor a concession by the United States that its claims are not well founded. However, KBR self-reported these violations to the government.

In 2021, following more than seven years of litigation, the U.S. District Court for the Southern District of Texas granted partial summary judgment to the United States on several of its False Claims Act and Anti-Kickback Act claims. This settlement resolves these allegations and other pending claims and issues, for which trial had been scheduled to commence on May 23.

Last year, the US government obtained a $51 million judgment against KBR concerning a larger overpayment that KBR made to one of the Kuwaiti subcontractors under a separate subcontract in the Iraq Theater.