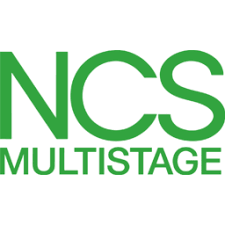 NCS Multistage has appointed Michael Morrison as its new CFO and Treasurer. He replaces Ryan Hummer, who has been promoted to CEO following the retirement of Robert Nipper, the founder of the company. Mr. Nipper will remain on the Board.

NCS manufactures products used in the fracking of horizontal wells. It has revenues of $135 million and a market capitalization of $65 million.

The company has its head office in NW Houston and went public in April 2017 at the $17 per share. The current share price of $26 sounds good until you realize there was a 1-for-20 reverse stock split in 2020. In other words, on a like-for-like basis, the stock has dropped from $340 at IPO to $26 now.

Mr. Morrison was, until recently, the CFO at ION Geophysical, another Houston oilfield services company.  He joined that company in 2002 and became CFO in February 2020. Ion filed for bankruptcy protection in April 2022, due to continued ongoing weakness in the seismic sector.