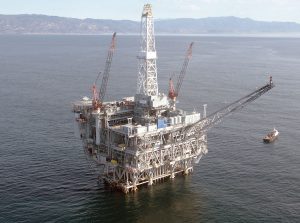 Flame completed its $250 million IPO in February 2021. The company is led by CEO and Chairman James Flores, the former CEO of Sable Permian Resources and prior to that, CEO of Plains Exploration and Production. The CFO is Gregory Patrinely, the former CFO of Sable Permian. He also worked in the Oil and Gas division of Freeport-McMoRan, where Mr. Flores also worked for a time.

The Santa Ynez oilfield consists of 3 offshore platforms located in federal waters 12 miles off the coast near Santa Barbara and an onshore processing facility at Las Flores Canyon.

The offshore field had to stop production in 2015 after a corroded onshore pipeline that runs parallel to US Highway 101 ruptured, releasing 2,934 barrels of oil into the ocean. Plains All American (a separate company to Plains Exploration and Production)  were the owners of the pipeline at the time. In 2020, Plains were fined $60 million in relation to the spill.

Last month, ExxonMobil bought the pipeline from Plains and has now agreed to sell it to Sable, who will be responsible for repairing and maintaining the pipeline.

The assets are being acquired for $643 million. However, most of this is being financed by Exxon who are issuing a $623 million loan to Sable. The loan has a 10% interest rate and will not be repaid until the earlier of 5 years or 180 days after production is restarted. I

Sable is targeting a production start date for the Santa Ynez field of January 2024 and is estimating it will cost $172 million to repair the pipeline and get the offshore platforms ready. That money will effectively come from the cash that Flame raised in its IPO. Sable is also looking to raise a further $300 million in equity to provide it with cash reserves in case of delays.

Sable believes that they can repair the pipeline quickly by following the processes outlined in the the consent degree that Plains agreed to in its March 2020 settlement. It’s not clear to me how or whether the Californian state authorities can object or delay the repairs.

If production does not restart by January 2026, ExxonMobil has the right to take back the assets.

[EDITED 11-10-22 to make clear that Plains Exploration and Production, the former employer of Mr. Flores, is a separate company from Plains All-American).