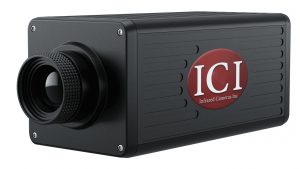 ICI designs and develops thermal cameras and sensing hardware as well as a proprietary subscription software used to analyze thermal data points. Commercial applications include the detection of methane leaks in wells and pipelines and monitoring of conveyor belt equipment in warehouses. The business presumably got a boost with temperature screening during COVID.

ICI was formed in 1995 and is based in Beaumont, Texas. CEO Gary Strahan has lived there since he was two. He started out as a welder and diver, performing underwater non-destructive testing and then worked for companies developing infrared cameras before starting ICI.

No financial details about ICI were disclosed in today’s announcement.

Sportsmap went public in October 2021 with a $100 million IPO. The business aimed to make an acquisition in sports technology such as wearables, data analytics, new methods of fan engagement, and new esports and gambling platforms. Oh Well!

A couple of names well known to Houston sports fans are also Directors of Sportsmap.

The deal should close in the first half of 2023. Under the terms of its IPO, Sportsmap has until April 2023 to complete a deal, otherwise it has to return the money it raised to investors.