ExxonMobil has appointed Kathryn Mikells as its new CFO. She replaces Andrew Swiger, who has been the CFO since 2013. Mr Swiger is retiring in September after a 43-year career with the company. Exxon has a mandatory retirement age of 65.

The company has its corporate office in Irving, TX , though it has a large presence in Houston. It is unusual for Exxon to appoint an outsider for a senior executive position but it has been under pressure from activist shareholders recently (more on that below). Ms. Mikells is the first woman appointed to the Executive leadership team at Exxon.

Ms. Mikells has a diverse background. For the past four plus years, she has been based in London as the CFO of Diageo PLC, the drinks manufacturer. Ms. Mikells announced her resignation in January as she planned to return to the US.

Ms. Mikells will receive a base salary of $1.1 million.

In June, an activist investor, Engine No 1, won three seats on the Board of Exxon, despite the objections of the company and its CEO, Darren Woods. The hedge fund, which only owns 0.02% of Exxon’s stock, argued that the company did not have a coherent plan for a transition to cleaner energy sources. It also argued that the company was too insular and needed outside perspectives. Other investors backed the hedge fund, mainly because Exxon’s recent financial performance has been shocking.

In the first decade of this century, Exxon had around $20 billion of net cash and was making a return on capital in excess of 25% a year. Now, net debt is nearly $50 billion and returns have fallen below 5%. As an example, the $41 billion acquisition of XTO Energy, a natural gas producer, in early 2010 was overpriced and ill-timed (the CEO at the time was Rex Tillerson).

Back in June, a report in Bloomberg stated that Exxon planned to reduce its headcount in the US offices by 5-10% annually for the next three to five years.

Southwestern Energy, based in Spring, has appointed Carl Giesler as its new CFO. He replaces Julian Bott, who died suddenly in January 2021. Michael Hancock, who has been interim CFO, will continue as VP – Finance and Treasurer.

Mr. Giesler joins from SandRidge Energy, where he had been CEO since April 2020. Co-incidentally, Mr. Bott was CFO at SandRidge prior to joining Southwestern.

Vaalco Energy has appointed Ron Bain as its new CFO. He replaces Elizabeth Prochnow who retired in March.

Vaalco is based in the Westchase area of Houston and has a market capitalization of $182 million. Its main revenue is from offshore Gabon in West Africa. It also has an undeveloped block in offshore Equatorial Guinea.

Mr Bain will be based out of the London office. He was previously the CFO at Eland Oil & Gas Plc where he worked alongside CEO George Maxwell, who was appointed in April. Eland was an E&P company primarily focused on Nigeria.

Independence Energy and Contango Oil and Gas have agreed to merge in all-stock transaction with an enterprise value of $5.7 billion.

Independence is an E&P business built and managed by KKR, a global investment firm. It consists of upstream oil and gas assets in North America, including those in the Permian, Eagle Ford, Rockies, Denver Julesburg and Barnett basins, as well as mineral and royalty interests and midstream infrastructure.

Contango operates in the Permian, Mid-Continent and Rockies areas. In October 2020, it moved its head office from Houston to Fort Worth, following its merger with Mid-Conn. Contango has made four acquisitions in the past 18 months and has a similar philosophy to KKR’s Energy Real assets team.

The KKR Energy Real assets team will run the business, led by David Rockecharlie (CEO) and Brandi Kendall (CFO). They will remain employees of KKR. John Goff, the chairman of Contango, will be the chairman of the combined group.

The business is being positioned to be a leading consolidator in the US E&P sector and it will be KKR’s primary platform for pursuing upstream oil and gas opportunities. Unusually, the combined business, even as a public company, will be paying KKR a management fee of $53.3 million per annum plus 1.5% per annum of the net proceeds from all future issuances of equity securities.

The transaction is expected to close late in the 3rd quarter or early in the 4th quarter.

Cabot Oil and Gas, based in west Houston, has agreed to merge with Cimarex, based in Denver, in an all-stock transaction. The combined business will have an enterprise value of $17 billion. Cabot shareholders will own 49.5%, Cimarex 50.5% of the combined company.

Cabot has its operating assets in the Marcellus basin in NE USA, while Cimarex operates in Permian and Mid-Continent basins.

The combined company will be based in Houston with a new (as yet undetermined) name. Back office functions of Cimarex in Tulsa and Denver will be relocated to Houston.

The Cabot management team have some rich change-of-control provisions. According to the most recent proxy statement CEO Dingles would be eligible for a payout of $40.6 million. Under the new employment agreement that Mr. Dingles has signed, he will be eligible for this payout when he steps down as Chairman.

The companies are targeting $100 million of estimated annual G&A cost synergies. The markets have reacted badly to the proposed deal as there is no operational field overlap with Cabot primarily producing gas and Cimarex oil. The stock of both companies down more than 5% each.

The deal is expected to close in the fourth quarter.

Callon Petroleum has appointed Kevin Haggard as its new CFO. He replaces Jim Ulm, who announced in March that would be retiring. Mr. Ulm will continue in an advisory role to assist with the CFO transition.

The company is an E&P company focused on the Permian and Eagle Ford Basins and it has its head office in the Westchase area of Houston. The company currently has a market capitalization of $1.9 billion. However, it has debt of $3 billion, so its stock price is very sensitive to the price of oil.

Between 2016 and October 2020, Mr. Haggard was the VP and Treasurer of Noble Energy. At that point, Noble was acquired by Chevron. Prior to Noble, he held senior financial roles at other E&P companies. He started his career as an investment banker with Credit Suisse.

As an aside, Correne Loeffler, who was VP, Finance and Treasurer at Callon between April 2017 and July 2019, was recently appointed the CFO at The Howard Hughes Corporation.

Chris Bentley, who founded Bellatorum Resources in 2016, has shut the business and admitted to fraud. Based in Spring, TX, Bentley raised about $31 million from 150 wealthy individuals to buy mineral rights in Texas shale fields.

Unusually, he sent an email on April 9 to the investors admitting to acquiring ‘bad’ and ‘non-arms length’ deals, overspending on corporate overheads and failing to hire professionals to advise him. He has turned himself into authorities, though he has not been charged with anything yet.

Bentley is a former Marine, who became a landman (someone who negotiates to acquire oil and gas or mineral leases) in 2014. Only two years later, he started his own investment fund. In all, he raised eight funds. For the last fund, Bentley aimed to raise $100 million. He admitted that he was trying to raise funds to pay distributions on his earlier funds. Instead he only raised a couple of million. Much of that money was spent on expenses.

It’s not clear whether Bentley used the funds to enrich himself. However, it appears that all the $31 million raised has been lost. 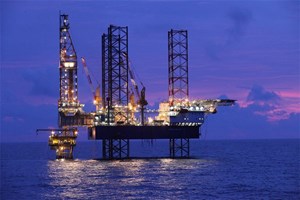 Ring Energy has appointed Travis Thomas as its new CFO as it relocates its head office from Midland to The Woodlands. Former CFO Randy Broaddrick, who had been CFO since 2012, elected not to relocate from Tulsa, Oklahoma, where the accounting office was based.

Ring is an E&P operator with properties in the Permian Basin. It has revenues of $108 million and a market capitalization of $245 million. In February 2019 it acquired assets in the Permian Basin for $300 million from Wishbone Energy Partners. $28 million of the consideration came through issuance of new equity at $6.20 per share, the rest came from a revolving line of credit.

Prior to the acquisition from Wishbone, the company had been conservatively run with little long-term debt. In February 2018, one year prior, it issued new stock at $14 per share. High debt and a declining share price is not good for management and shareholders and both Lloyd Rochford (Chairman and co-founder) and Kelly Hoffman (CEO) stepped down in September 2020.

Paul McKinney was appointed CEO. He spent 23 years at Anadarko (hence The Woodlands connection) and 6 years at Apache. More recently he was CEO at Yuma Energy from April 2017 to January 2019 and at Sandridge Energy for 11 months in 2019.

Those short stints raised the ire of Dr. Simon Kukes, a 11% shareholder , who stated that Mr. McKinney was too connected to the old Board and was overpaid ($480,00 base salary). Dr. Kukes is the CEO of Pedevco, another E&P company headquartered in Houston, with properties in the Permian Basin.

Mr. Thomas joined the company in October 2020 as its VP of Finance. Prior to that, he was the Chief Accounting Officer and Treasurer at Paradox Resources, a private E&P company with its head office in downtown Houston. Mr. Thomas will receive a base salary of $290,000. His predecessor had a base salary of $195,000.

I’ve added Ring Energy to the list of Houston-area public companies. You can see the complete list here.

Elizabeth Prochnow has decided to retire from her role as CFO of Vaalco Energy, effective March 31, 2021. She is the second Houston E&P CFO to retire this week, following Jim Ulm at Callon Petroleum.

Vaalco’s primary source of revenue is from offshore Gabon in West Africa. It also has an undeveloped block in offshore Equatorial Guinea. The company has revenues of $67 million and a market capitalization of $139 million.

Ms. Prochnow joined the company in May 2015 as its Chief Accounting Officer and was promoted to CFO in April 2019.  According to the press release issued by the company, her husband has recently retired and they wish to spend more time traveling and with her family.

The company has initiated an executive search for a new CFO. In the meantime, Jason Doornik, the company’s Chief Accounting Officer, will serve as the interim CFO.