Dr. Ghyasuddin Syed has pleaded guilty to receiving $475,992 in kickbacks from the owner of a Houston toxicology laboratory. Dr. Syed operates a pain management clinic in Baytown.

Uday Shah, who owned and operated several labs, originally pleaded guilty in October 2019.  He was sentenced to 24 months’ imprisonment. Timothy Andrews of Deer Park, who worked as a marketer for Mr Shah, pleaded guilty in June 2019. He got 15 months.

The scheme ran from November 2014 through August 2017. Mr Shah paid kickbacks to Dr Syed, though the payments were disguised as rent payments from Mr Shah to entities controlled by Dr. Syed or his wife, Shazana Begum. In return, Dr. Syed referred urine drug testing to Shah’s labs, including Pinnacle Laboratories in Lexington, Kentucky.  Medicare paid the labs $325,739 to which they were not entitled.

Dr. Syed is scheduled to be sentenced in March 2021 in the Eastern District of Kentucky.  He faces up to five years in prison for the conspiracy to violate the Anti-Kickback Statute, and a maximum fine of $250,000.

Dr. Syed’s wife, Shazana Begum, has entered into a pretrial diversion agreement wherein she admitted her role in the offense. She agreed to be under the supervision of the United States Probation Office for 12 months, to pay restitution of $325,739 along with Shah and Andrews, and to perform community service.

It appears that the case was first brought to the attention of authorities by a lawsuit filed in 2015 by an employee at the laboratory in Kentucky. However, the lawsuit remained sealed until September 2019. 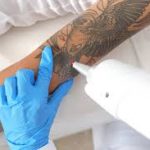 US Physical Therapy has appointed Carey Hendrickson as its new CFO. He replaces Larry McAfee, who is retiring.

The company operates 551 outpatient physical therapy clinics in 39 states as well as managing 32 physical therapy facilities for third parties. It also has a industrial injury prevention division. The company has its head office in west Houston and has a market capitalization of $1 billion.

In March and April, many of its clinics were closed. At the lowest point in mid-April, visits were about 45% of pre-pandemic levels. By August, they were at 85%, The company cut costs aggressively through salary reductions, furloughs and rent deferrals. It increased its EBITDA in Q2 over Q1, despite revenues being down nearly 30%.

Mr Hendrickson joins from Capital Senior Living Corporation, a publicly-traded company based in Dallas (market cap $20 million), where he was CFO. Prior to joining them in 2014, he was the CFO at Belo Corp, the operator of television stations. Mr Hendrickson will receive a base salary of $450,000. He also received a grant of stock worth $400,000 that will vest over four years.

Mr McAfee has been CFO since joining the company in 2003. He originally announced his intention to retire back in January 2020 but later deferred the intended retirement date because of the pandemic. He will stay on until the Annual Meeting in December, at which point he will resign from the Board. Mr McAfee will then enter into a six month consulting agreement where he will be paid an hourly rate, on an as-needed basis.

Dr Syed Nasir has paid $530,000 to settle allegations that he falsely billed Medicare for the use of electro-acupuncture devices.

From March 2019 to October 2019, Dr Nasir billed Medicare for the implantation of neurostimulator electrodes. This is a surgical procedure that usually requires the use of an operating room.

Dr Nasir runs Skilled Pain Care Clinic, which is on the 610 loop on the NW side of Houston. 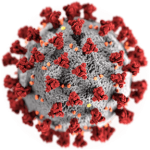 [UPDATE 5-28-2020: After both companies issued similar press releases on May 27, laying out more specifically the timeline for the drug to get approval, trading in both companies has resumed on 28 May].

The Nasdaq has halted trading on CNS Pharmaceuticals and Moleculin Biotech pending further information from the companies related to a drug candidate for the coronavirus illness COVID-19.

The Securities and Exchange commission temporarily halted trading on May 5 of the two companies.  That temporary halt was due to expire on May 15, until the Nasdaq stepped in. The SEC also halted trading of Vancouver-based WPD Pharmaceuticals, which is traded on the Canadian Stock Exchange. However, WPD will resume trading on the CSE.

The saga began on March 11 when independent researchers at the University of Frankfurt posted a paper on a website, for peer review. The research found that 2-deoxy-D-glucose (“2-DG”) was able to reduce replication of SARS-CoV-2, the virus that causes COVID-19, by 100% in in vitro testing.

WPD had previously licensed rights to a portfolio of drug candidates, including WP1122, from Moleculin Biotech for certain regions. Dr Priebe is one of the largest shareholders of Moleculin. He is also the chair of the Scientific Advisory Board of that company.

By day, Dr Priebe is also the Professor of Medicinal Chemistry, Department of Experimental Therapeutics at MD Anderson Cancer Center.

CNS states that WP1122 is a biologically inactive compound that can be metabolized in the body, to produce a form of 2-DG. The March 23 press release stated that WP1122 was being tested for a range of viruses, including SARS-CoV-2.

On April 8, Moleculin issued a press release touting the Frankfurt research. CNS issued its version of the press release on April 13.

Prior to the March 23 announcement, CNS had a market cap of $24 million. After the April 13 press release, it was $60 million. Likewise for Moleculin Biotech, the market cap rocketed from $24 million to $89 million.

The SEC is concerned that CNS and certain unnamed third parties may have overstated the status of development of WP1122, the status of testing the drug’s impact on COVID-19 and the ability to expedite regulatory approval of any such treatment.

Dr Maaz Abbasi has agreed to pay $450,000 to resolve allegations that he falsely signed home help certifications and plans of care in exchange for money. He also agreed to a three-year exclusion from participation in any federal healthcare program.

Dr Abbasi was connected with Egondu ‘Kate’ Koko. In May 2019, she was sentenced to over 15 years in prison for her role in a $20 million medicare fraud. She owned a number of home health agencies. She admitted to paying illegal kickbacks and bribes to physicians and patients for paperwork necessary for the agencies to bill Medicare.

From 2015 to 2018, Abbasi certified patients for home health services without any knowledge of their medical condition or homebound status. One of the companies owned by Ms Koko paid Abbasi approximately $6,200 in exchange for signing these fraudulent Medicare home health certifications and plans of care. Abbasi also fraudulently signed a fellow physician’s name on these certifications and plans of care without that physician’s authorization, permission or knowledge.

The agreement resolves the allegations without a determination of liability.

Kiromic Biopharma has filed for an Initial Public Offering (IPO). It plans to raise $20 million. The company is based in the Medical Center district. It was formed in 2006, though it had minimal operations until 2012.

The company is developing immunotherapies for blood cancers and solid tumors. It will use artificial intelligence and its proprietary neural network platform to identify new surface tumor targets. These targets can then be used to create therapies such as antibody therapies, T cell therapies and vaccine therapies. The company has three early-stage product candidates.

The CEO is Maurizio Chiriva Internati. He has been in that role since February 2018, though he joined the company in 2012. He has been an Associate Professor at MD Andersen Cancer Center since August 2019.

Tony Tontat is the CFO and COO. He joined the company, initially as a consultant, in April 2018. He has helped raise funds for biotech public companies such as Sorrento Therapeutics and NantKwest.

The company plans to list on the NYSE American under the symbol ‘KRBP’. No pricing terms were disclosed.

Ravinder Syal, 57, of Texas City, has admitted to a nearly $5 million fraud in a Corpus Christi federal court.

Between February 2018 and March 2020, he acquired several physician practices in Harris County, Galveston County and Corpus Christi. He handled the administrative functions of the practices including staffing and billing. In each case, he switched the practices to electronic billing and hired an outside billing service, located in India, to handle patient billing.

The Defendant conspired with the outside billing firm to fraudulently bill Medicare, Medicaid, and several private health insurers. He billed for tests and services that were not rendered by a physician or performed during a patient visit.

Syal acted without the knowledge or assistance of the physicians. According to the charge sheet, this included his wife, who is a pediatrician!

He fraudulently billed services amounting to almost $4.9 million. Syal was paid $553,069 as a result of these claims.

Sentencing has been set for August 10. At that time, Syal faces up to 10 years in federal prison and a possible $250,000 maximum fine. 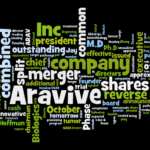 Back in January, Larry McAfee, CFO of US Physical Therapy, announced he would retire in October 2020. He turned 65 in January. Due to the current business environment, the company has now disclosed that Mr McAfee will postpone his retirement to a later date.

The company had begun a search for his successor, but that has now been put on hold.

The company has been adversely impacted by COVID-19. Many of its clinics have had to close due to ‘stay in place’ restrictions. Even those that remain open have seen a significant drop in patient volume. The company is taking steps to mitigate losses, including cutting salaries for senior executives.