American Midstream Partners (“AMID”), based in west Houston, is going private. It has agreed to an offer of $5.25 per common unit from affiliates of ArcLight, a PE firm based in Boston that concentrates on energy infrastructure investments. ArcLight already owns 51% of American Midstream, so the deal should close in the 2nd quarter.

The company was formed in 2009 and went public in 2011. It moved its head office from Denver to Houston in 2016. The company made a lot of acquisitions, mainly financed by debt.

The stock units were trading over $11 in July 2018 before the company decided to cut its distribution by 75%. That resulted in the stock price dropping to $6. Three days later, Southcross Energy Partners called off its merger with AMID. This was due to AMID’s inability to obtain satisfactory financing. AMID had to pay a $17 million termination fee.

The company also disclosed that it would not file its 2018 annual report in a timely manner due to the time devoted to the merger. It also disclosed a going concern issue as its $600 million credit facility expires in September 2019 and there are no assurances that the facility will be extended or replaced.

The company also disclosed that, once again, it will have a material weakness in internal controls over financial reporting. The company has disclosed such weaknesses annually since 2013.

In July 2018 it also delayed the filing of its quarterly report because the head office suffered from a waterline leak that caused water damage and electrical system failure. That stopped key personnel from reviewing and finalizing the 10-Q.

The Houston office has a well-known reputation for miserable working conditions, with long hours and a lack of resources causing an extremely high turnover of staff. As a public company, it will not be missed. 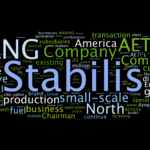 AETI, a provider of power delivery systems to the Energy sector, is based in Bellaire. It sold off its main US business in August 2018, leaving it with just an operation in Brazil and a joint venture in China.

Stabilis Energy is a small-scale producer and distributor of Liquefied Natural Gas (LNG). Small scale facilities typically produce 50,000 to 500,000 gallons a day. The product is usually used within 500 miles of the production facility in locations not near a natural gas pipeline. Stabilis has one facility located between San Antonio and Corpus Christi that produces 120,000 gallons a day.

The company has its head office in Beaumont, Texas. For the nine months to September 2018, Stabilis had revenues of $26.5 million and EBITDA of $1.8 million.

Stabilis is owned by Casey Crenshaw, who has also been a director and shareholder of AETI since 2012. The share exchange agreement will leave the former owners of Stabilis owning 89% of the combined company. Existing AETI shareholders will own the remaining 11%.

In early December, Bill Brod, the CFO of AETI resigned to pursue another opportunity.

Andy Puhala, the CFO of Stabilis will become the CFO of the combined group. He happens to be a former CFO of AETI. He was CFO between January 2013 and September 2015. Mr Puhala left to become CFO at ERA Group, another Houston public company, before leaving that position in June 2017.

The transaction is expected to close in the first quarter of 2019.

Matt Harrison, the CFO of Summit Midstream Partners will be leaving the company, effective January 4, 2019. He has been the CFO since May 2012.

Summit (market cap $939 million) has its head office in The Woodlands and operates midstream assets in the Appalachian, Williston, Fort Worth, Piceance and the Denver-Julesburg basins.

Mr Harrison will be replaced by Marc Stratton, who is currently the Senior VP of Finance, Treasurer and Head of Investor Relations. He joined Summit as a founding member in 2009.

Mr Harrison had a base salary of $424,000. According to the most recent annual report filed he will receive termination payments of $1.1 million. This is calculated as 1.5 x base salary and 1 x annual bonus. Unvested equity will also vest in full. This amounted to $1.6 million at 31 December 2017.

Bob Gwin, the CFO of Anadarko, an E&P company (market cap $28 billion) was promoted to President. He will be responsible for leading worldwide operations and project management and next-generation technology development and systems solutions. Ben Fink, currently the CEO of the Western Gas Partners division, becomes the CFO.

Steve Tremblay, the CFO of Kraton Corporation, a chemical manufacturer, (market cap $836 million) left the company with immediate effect. He will receive a severance payment of $1.6 million and approximately $3 million in accelerated vesting of equity awards. Christopher Russell, the company’s Chief Accounting Officer, will serve as the interim CFO.

Brian Small, the CFO of Cactus, an oilfield services company,  (market cap $1.1 billion), said he would step down as CFO and become Senior Finance Director, effective March 2019. Steve Tadlock is appointed as the new CFO. He joined the company in June 2017 as VP of Corporate Services. He previously worked at Cadent Energy Partners. Cactus went public in February 2018. Mr Small has been CFO since 2011.

The CFO at another company that went public in February 2018 also stepped down. Mike McCabe, CFO of Alta Mesa, an E&P company (market cap $384 million) announced his retirement. He will stay on while the company searches for a replacement. Mr McCabe joined the company in 2006. Alta Mesa went public via a reverse takeover by Silver Run II, a blank check company.

Following the completion of the takeover of Gulfmark Offshore by Tidewater (market cap $700 million), the Tidewater CFO,  Quinn Fanning, has been replaced by Gulfmark CEO, Quintin Kneen. Mr Fanning had been CFO of Tidewater since 2008. It’s not clear what Mr Fanning will receive in severance payments.

Following its carve out from Apache Ben Rogers becomes the CFO at Altus Midstream after its reverse takeover by Kayne Anderson, a blank check company. 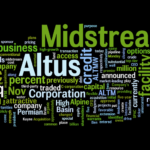 Altus Midstream has been carved out of Apache Corporation and becomes a public company following its reverse takeover by Kayne Anderson Acquisition Corporation. It is the only publicly-traded, pure-play, Permian Basin midstream C-corp.

Kayne is a blank check company that completed its $350 million Initial Public Offering in March 2017. It had its head office in downtown Houston. Following the acquisition, the company has been renamed Altus Midstream (ticker symbol ALTM), and the corporate office moved to the Apache building in the Galleria area. Apache and Kayne originally announced the deal in August 2018.

Altus owns the midstream assets of Apache’s Alpine High development. It also has options for equity interests in 5 Permian pipelines.

Alpine High is one of the largest discoveries of oil and gas in recent years and is located on the SW edge of the greater Permian Basin. It’s in an area where there is little oil and gas infrastructure. Apache has already spent $1.6 billion on E&P activities and $900 million on midstream infrastructure. It currently has 8 rigs operating that have drilled 180 wells so far.

The company has a market capitalization of $3 billion. Apache owns 77% and received $2.5 billion for selling a 23% stake. The company has no net debt and Kayne put in $628 million to help fund future growth.

At the time the company said it was in discussions about the terms of his departure. I noted that Mr Bulawa (base salary $315,000), like other EP executives, didn’t have an employment contract.

The company has now announced that it will pay Mr Bulawa $4.8 million in a lump sum cash payment. For good measure Mr Bulawa will also get his healthcare benefits for 18 months and 20 hours of executive coaching.

In the 2017 annual report, it was reported that Mr Bulawa  averaged about $700,000 in salary and cash bonuses in each of the last three years and that he had unvested phantom units and profits interests awards that would be worth about $3 million at the current stock price.

Mr Bulawa joined Enterprise Products in 2007 and had been CFO since April 2015.

Enterprise Products Partners LP, one of the largest companies in Houston by market capitalization ($64 billion) has announced the departure of CFO, Bryan Bulawa, effective immediately.

The partnership and Mr Bulawa remain in discussions about the terms of his departure. Mr Bulawa was promoted to the CFO role in April 2015 and had a base salary of $315,000 and total compensation of $1.7 million in 2017.  Unusually, Mr Bulawa, like other executive officers at Enterprise, doesn’t have an employment contract that defines the payments on departure.

Current board member Randy Fowler has been re-appointed to the CFO role. He was CFO between November 2010 and March 2015.  After Mr Bulawa was appointed CFO, Mr Fowler stayed in an executive position, becoming firstly the Chief Administrative Officer including responsibilities for managing the overall financial strategy of the partnership and then a President of the partnership. 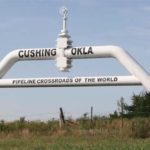 Boardwalk Pipeline Partners LP (market cap $3 billion), a pipeline and storage company with its head office in Greenway Plaza, has been delisted as the General Partner, a subsidiary of New York-based Loews Corporation completed its purchase of the 49% of the common units it didn’t already own. Boardwalk went public in 2005.

In March 2018, the Federal Energy Regulatory Commission (FERC) issued a revised policy statement which meant that they would no longer permit Master Limited Partnerships (MLPs) to recover income tax allowances as part of a pipeline cost of service. As a result Loews argued that this would have a material adverse effect on the maximum applicable rates that Boardwalk could charge its customers in future years. This allowed Loews to trigger the call option on the units it didn’t already own.

Loews attracted controversy and a class action lawsuit from disgruntled minority investors as, rather than issuing a formal buy-out, they stated on April 30 they were considering exercising its call option (calculated at the average price over the last 180 trading days). The minority investors argued this had the effect of depressing the stock price. The class action lawsuit was settled in late June.

Other Houston public MLPs will soon be de-listing as the historical tax advantages disappear;

Kinder Morgan (market cap $36 billion), a pipeline and terminals operator, with its head office in downtown Houston, announced a number of management changes as part of its first quarter earnings release.

Current CFO Kim Dang has been promoted to President and will take a growing role in the company’s strategic and policy decisions. She joined the company in 2001 and has been CFO since 2005. For 2017 she had a base salary just under $400,000 and received total compensation of $3.2 million. (Unusually for a public company, executive officers have a base salary cap of $400,000).

David Michels, currently the VP of Finance and Investor Relations, has been appointed the CFO. He joined Kinder Morgan in 2012 and has been in his current role since 2013. Prior to that he spent six years in energy investment banking at Barclays and Lehman Brothers

Dax Sanders has been appointed Executive VP and Chief Strategy Officer. He joined the company in 2000 and is currently Head of Corporate Development. He will also continue as CFO of Kinder Morgan Canada.

Kirby Corporation (market cap $4.5 billion) appointed Bill Harvey as its new CFO, filling a position that has been vacant since September when Andrew Smith left to take the CFO role at Patterson-UTI Energy. Kirby is based near downtown Houston and primarily provides inland barge services. It hasn’t yet filed an 8-K disclosing Mr Harvey’s compensation package.

Mr Harvey was previously the CFO of Walter Energy and, prior to that, Resolute Forest Products (formerly AbitibiBowater Inc). Walter Energy was a publicly-traded metallurgical coal company, based in Birmingham, Alabama that went into Chapter 11 in July 2015, and which turned into a Chapter 7 liquidation in January 2017. Mr Harvey was CFO between July 2012 and March 2017.

Targa Resources (market cap $10.2 billion), a midstream company based in downtown Houston, announced a number of executive changes. Among them, existing CFO, Matthew Meloy, has been promoted to President, and Jennifer Kneale has been appointed CFO. Mr Meloy has been with the company since 2006 and has been the CFO since 2010. Ms Kneale joined Targa in May 2013 and most recently served as VP – Finance managing Corporate Development, Investor Relations and other finance functions.

Following the completion of the $27 million takeover of Repros Therapeutics, based in The Woodlands, by Allergan, all the existing officers of Repros have resigned, including CFO Katherine Anderson.