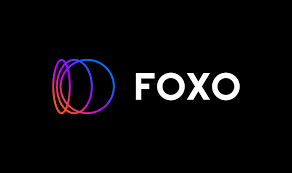 Delwinds Insurance, a Houston SPAC, has completed its business combination with Foxo Technologies. As a result, the company has been renamed and is now based in Minneapolis.

Epigenetic biomarkers are chemical modifications, called DNA methylation that alter gene expression from external stimuli such as lifestyle and environment. The company plans to use automated machine learning to identify patterns of epigenetic biomarkers that correlate to health and wellness (e.g tobacco use, hypertension, alcohol abuse etc).

Foxo started in 2019.  The company is projecting its first revenues in 2023 with positive EBITDA during the following year. The transaction values Foxo at $300 million and leaves it with $194 million in cash to fund its growth.

Delwinds went public in December 2020 in a $200 million Initial Public Offering.  It planned to target businesses in insurance technology so the deal for Foxo (announced in February 2022) definitely met that criteria. Delwinds had 18 months from its IPO to complete a deal, otherwise it would be wound up and the cash returned to investors. In May, it received a 3-month extension to Sept 15. 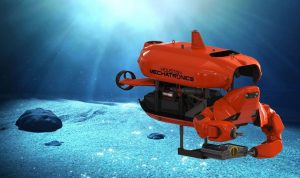 Corebridge Financial, a carve-out of AIG’s retirement services and life insurance business, has announced the pricing of its Initial Public Offering (IPO). 80 million shares will be offered at $21 per share, the bottom end of the range.  The $1.7 billion raised is the largest IPO this year in the US.

Corebridge manages $358 billion in client assets as of June 30, 2022. It is a leading provider of annuities for individual retirement plans (1.2 million policies) and retirement plans for education, healthcare and government sectors (1.9 million customers).

The shares being sold are about 12% of the total float. AIG will own 78% of the shares while Blackrock will own 10%. All the proceeds will go to AIG.

Blackrock acquired its shares in 2021 for $2.2 billion. That was part of a deal where AIG agreed to transfer the management of $50 billion of Corebridge’s client assets to Blackrock. That figure will rise to $93 billion by 2027.

Corebridge has its head office on Allen Parkway in Houston. That connection is because the life insurance business was primarily built on AIG acquiring American General Corporation (AGC) in 2001 for $23 billion. AGC was founded in 1926 by Gus Wortham, who was one of the Houston’s major civic leaders.

Kevin Hogan, the CEO of Corebridge, has been in that position since 2014. According to LinkedIn, he is based in New York as is Elias Habayeb, the CFO. He has been in that role for almost a year. Both Mr. Hogan and Mr. Habayeb are long-time AIG employees, though, interestingly both left and then rejoined AIG.

The carve-out from AIG is expected to cost between $350 million and $450 million as the company rebrands and replaces systems and infrastructure provided by AIG.

Corebridge will list on the NYSE with the ticker ‘CRBG’ 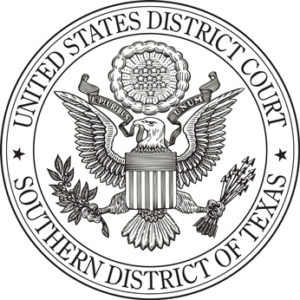 Prosperity Bank, based in Houston, has become the first US bank to settle claims arising out of the Paycheck Protection Program (PPP). It has agreed to pay $18,674 arising from a $213,400 PPP loan made to Woodlands Pain Institute.

Prosperity Bank employees knew Bishai was facing charges and was therefore ineligible to apply for the PPP loan. They processed his application anyway. Prosperity Bank received a 5% processing fee of $10,670.

Bishai entered into a $0.5 million settlement in November 2021 to resolve his liability arising from fraudulent medical billing and his submission of the PPP loan application. He also repaid the PPP loan in full in 2022.

CEO and interim CFO Mark Stauffer was fired in April 2022. Chairman Austin Shanfelter took over as interim CEO until Travis Boone was appointed as its new CEO last month. Mr. Boone was a regional CEO of AECOM, an infrastructure engineering firm.

The root of the problems appears to be negative margins in the concrete segment, especially in the Austin and San Antonio regions, relatively new territories for the company.  The company had inexperienced management and weak relationships with customers in these regions and was unable to pass on cost increases.

Mr. Thanish joins from CHC Group, a private company providing helicopter services to the oil and gas industry. He has been CFO there for almost 5 years. He will receive a base salary of $425,000.

Ryan Hummer, CFO of NCS Multistage Holdings, has been appointed CEO, effective November, 1, 2022. He replaces Robert Nipper, the company’s co-founder, who is stepping down, though Mr. Nipper will remain on the Board. The company described it as part of their normal succession planning.

The company manufactures highly engineered products used in fracking and the majority of its sales are in Canada. It has its head office in NW Houston.  The company was formed in 2006 and went public in April 2017 with an IPO stock price of $17 per share. Soon after, its market cap rose over $1 billion, before crashing in late 2019. The current market cap is $78 million.

The company is looking at both internal and external candidates to replace Mr. Hummer.

Mr. Hummer has an investment banking background and joined the company in July 2014 as VP of Corporate Development. He was later promoted to CFO in November 2016.

Back in February, Shell had offered $12.89 for each common unit in a zero-premium bid.

Many years ago, Master Limited Partnerships were in vogue and it was the fashion for E&P companies to spin off their midstream assets into publicly-traded MLPs. Shell were fashionably late in that they only spun off Shell Midstream for $23 per unit in October 2014, right before the crude oil price crash.

That crash laid bare the claim that MLPs had low risks and therefore low cost of capital. In addition, the tax rules changed in 2018 reducing the benefits of MLPs. Most publicly-traded MLPs have already been taken private by their sponsor. Why pay a dividend of 8% on a MLP when you can bring it inhouse by borrowing at 5%?

The transaction has been approved by the Conflicts Committee but most minority investors remain unhappy as they believe that the deal undervalues the company, particularly as some of the midstream assets were damaged by Hurricane Ida in 2021.

The transaction is expected to close in the fourth quarter of 2022.

Sharps Compliance, a waste management company is to be taken private by Aurora Capital Partners. The PE firm offered $8.75 per share, which valued the company at $170 million.

The company handles medical, pharmaceutical and hazardous waste for small to mid-size companies such as pharmacies, dentist offices and nursing homes. The company went public in 2009 and has its head office is just south of NRG Stadium.

It grew rapidly during the pandemic, but revenues has since flattened out. Interestingly, the company has changed both its CEO and CFO this year. Patrick Malloy was appointed the new CEO in April 2022. He replaced David Tusa who had been the CEO since 2010.

In February 2022, Eric Bauer was appointed CFO, replacing Diana Diaz, who stayed with the company as Chief Accounting Officer. Prior to joining Sharps, Mr. Bauer was CFO at another Houston public company, Nuverra Environmental Solutions.

The acquisition came about after Andrew Wilson, a partner at Aurora, placed an unsolicited telephone call to Patrick Malloy, congratulating him on his appointment as the new CEO. Mr. Wilson and Mr. Malloy met a week later, at which time Mr. Wilson expressed a high level preliminary interest in acquiring the company. (Aurora already owns Curtis Bay Medical Waste Services).

Sharps had retained Raymond James in August 2021 to assist the company in seeking acquisitions and they were able to pivot quickly to negotiate with Aurora and assess the merits of the offer.

The offer price of $8.75 represents a premium of 207% over the $2.85 per share price as of July 11, the last day before the announcement of the merger. This time last year, the stock was trading between $9 and $10 per share.