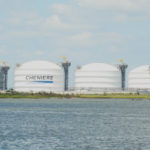 Cheniere has sued its former CEO and co-founder, Charif Souki, for conspiring to work with a friend, Martin Houston, to set up a competitor, Tellurian, while still employed at Cheniere. The suit was filed in Harris County. It alleges breach of fiduciary duty, fraudulent transfer, and tortious interference with Cheniere’s collateral rights.

Cheniere and Tellurian are both based in downtown Houston.

Cheniere originally started in 1996 as a natural gas driller. In 2004, it switched strategies and began to build a Liquified Natural Gas (LNG) terminal to import natural gas. The facility opened in 2008 just prior to a fracking boom that caused a glut of natural gas in the US. In 2010, the company decided to convert the terminal to export natural gas instead. The company then spent $18 billion on the facility in Sabine Pass, Louisiana. The first train become operational in May 2016.

After 21 years, the company made a profit for the first time in 2017. It now has a market capitalization of nearly $17 billion.

Souki served as the CEO of Cheniere from 2002 to 2015. He became infamous in 2013 for earning $142 million in total compensation (due to $133 million in stock awards). In August 2015, activist investor Carl Icahn took an 8% stake and won two board seats as he felt the stock was undervalued because Souki wanted to expand Cheniere into other areas of the energy business rather than concentrate on completing the LNG trains at Sabine Pass.

The board voted to replace Souki as CEO on December 12, 2015. Souki eventually resigned as a director in February 2016.

Charif Souki first started working with Martin Houston when the latter was the COO of BG Group plc. Back in 2011, BG became the first customer of the export terminal when it signed a 20-year LNG sale and purchase agreement with Cheniere.

In January 2014 Houston left BG and formed Parallax Enterprises. He approached Souki in mid-2014 about jointly pursuing mid-scale liquefaction projects. In December 2014, Souki gave another Houston-controlled company a consulting contract worth $100,000 a month.

At Souki’s direction, Cheniere commenced negotiations with Parallax regarding a potential arrangement for joint development of two liquefaction plants in Louisiana. Cheniere loaned Parallax $46 million through short-term secured loan notes. The money was lent before Cheniere and Parallax had agreed and signed a letter of intent.

The loan note became due on December 11, 2015, the day before Mr Souki was fired. It’s not clear from the lawsuit if this was a major factor in his firing. Parallax has still not repaid any monies to Cheniere.

Allegations in the lawsuit

Two weeks after Mr Souki was fired and while he was still employed as a director, Houston formed a new entity that, Cheniere alleges Mr Souki agreed to invest in. Two weeks after he left as a director, Souki and Houston announced the formation of Tellurian in February 2016. The company is building one of the two liquefaction plants mentioned above.

Tellurian was initially in the same office space as Parallax. The lawsuit also alleges that Tellurian took over Parallax’s server, thereby gaining access to all the work performed on the liquefaction projects, developed using the $46 million that Cheniere had lent.

Another allegation in the lawsuit is Tellurian raised more than $250 million in private placements using work performed at Parallax and funded by Cheniere.

Tellurian went public in March 2017 through a reverse takeover. It has a market capitalization of $2.4 billion.