Javier Aguilar, a Mexican citizen living in Houston, has been indicted on charges of conspiracy to violate the Foreign Corrupt Practices Act (FCPA) and conspiracy to commit money laundering. He faces charges in the Eastern District of New York.

Mr Aguilar was an Oil Trader for Vitol, which has its head office in Geneva. According to the press release released by the Justice Dept, between mid-2015 and 2020, Aguilar paid two intermediaries $1.4 million for their efforts to bribe government officials in Ecuador. In turn, the intermediaries paid out $870,000 to the officials.

Regarding count One, the indictment states that Aguilar sent an email in September 2016 to one of the intermediaries directing that individual to send a letter from a state-owned entity in Oman to Ecuadorian official #1.

One of the intermediaries created 39 sham invoices and sent them to a shell company in Curaçao. Vitol wired approximately $750,000 from a UK bank account to the shell company. It’s not clear in the indictment which invoices this payment covered. However, as payment for 13 of the 39 invoices, the shell company wired approximately $250,000. The money was sent to bank accounts in the Cayman Islands and Curaçao controlled by the intermediaries. In turn, they sent $225,000 (via a correspondence bank in New York) to an account in Portugal controlled by the Ecuadorian official.

The press release refers to Ecuadorian officials, however, the indictment only refers to one in count One.

If convicted, Aguilar faces a maximum sentence of 20 years in prison

Cyrus Ahsani and Saman Ahsani, CEO and COO of Monaco-based Unaoil, have pleaded guilty in a scheme to make millions of dollars in bribe payments to officials in multiple countries. The countries included Algeria, Angola, Azerbaijan, the Democratic Republic of Congo, Iran, Iraq, Kazakhstan, Libya and Syria.

The pair pleaded guilty in the Southern District of Texas back in March, but the Department of Justice only announced the news today. It’s not clear why there has been a delay. However it does answer the question of why the United Kingdom’s Serious Fraud Office suddenly dropped its fraud investigation into Unaoil back in June.

Cyrus and Saman Ahsani are set for sentencing April 20, 2020.

Unaoil is an intermediary company that provided services for multinational companies operating in the energy sector. The information sheet lists two companies specifically;

A further 25 companies are unnamed, of which 5 have their head office in Houston.

Many of these companies have been named through previous press reports. They include;

Other companies involved include Honeywell, ABB, Samsung and Hyundai.

Unaoil’s downfall started as a result of a 2013 court case involving an Australia company, Leighton Holdings. It had entered into an agreement with Unaoil with the aim of securing a $500 million Iraq pipeline contract but later referred the deal to the police for possible bribery.

Nick McKenzie, an Australian journalist started following the case and was soon contacted by a whistleblower who gave him a hard drive containing 10 years’ worth of internal Unaoil emails.

You can read the investigative report by The Age newspaper here 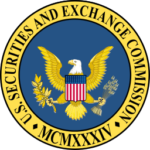 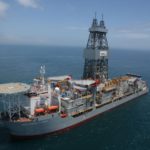 Petrobras Americas has filed a lawsuit in Harris County against Samsung Heavy Industries over a $20 million bribery scheme involving Pride International. Pride had its head office in Houston before being acquired by Ensco in 2011. Petrobras is alleging the bribe was used to obtain a drilling contract unusually favorable to Pride.

The lawsuit arises from a plea deal in 2015 involving Hamylton Padilha. He was an independent consultant that Pride hired to assist in winning the Drilling Services Contract with Petrobras. Back in November I wrote about Padilha’s role in a different bribery case involving another Houston driller, Vantage Drilling International.

As part of his plea deal, Mr Padilha stated that he negotiated bribes to Petrobras officials with the help of Hyun-Ju (“Harry”) Park, the Vice President and chief representative for Samsung’s office in west Houston. In 2007 Pride and Samsung signed a contract to build a drillship with an option to build a second one for $580 million.

Shortly before Pride exercised that option a few months later, Samsung increased the price by approximately $30 million. This included $20 million for “unexpected labor and material costs”. Padilha would later use the $20 million to bribe Petrobras officials into signing the drilling contract with Pride. The bribes were paid by Samsung through two shell companies between February 2008 and November 2011.

Petrobras is alleging that some of the contractual terms were unusually favorable to Pride. Over the life of the contract, Petrobras believed it paid excessive expenses due to corruption or when the drillship was non-operational in the amount of $160 million. Petrobras also states that it paid excessive expenses when the rig was placed on permanent standby, in the amount of $98 million.

Ensco – no action from SEC or DOJ

The drillship contract was canceled by Petrobras in January 2016 after they learned of the bribes. Ensco initiated arbitration proceedings against Petrobras over the cancellation in April 2016. However the two companies settled without any money changing hands in August 2018.

In its recent annual report, Ensco disclosed that, in August 2018, the SEC and US Dept of Justice closed their inquiries into the matter without taking any action. Ensco is still under investigation by the Brazilian authorities.

The lawsuit has just been filed and Samsung has not yet formally responded. It’s got a long way to go before resolution and I would imagine there will be arguments about whether Harris County is the proper jurisdiction. 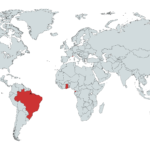 TechnipFMC (market cap $10.8 billion) announced its 2018 results and included a charge for $280 million as a probable estimate to settle bribery allegations. The company had previously disclosed that it was co-operating with authorities in the US, Brazil and France. The allegations relate to contracts in Brazil, Equatorial Guinea, and Ghana.

The charge also covers contracts with Unaoil, which is a Monaco-based consultancy run by British nationals of Iranian descent. A number of well known companies including KBR are under investigation for using Unaoil executives as middle men in deals around the world. Rolls-Royce has already paid $800m in fines and SBM Offshore paid $238 million.

Officially the company has its head office in London but it also has corporate offices in Houston and Paris. It was formed from the merger of Technip and FMC Technologies in January 2017.

The bribery allegations relate to contracts awarded prior to the merger. Both Technip and FMC were being investigated by the Department of Justice regarding the Unaoil contracts. The projects in Brazil, Equatorial Guinea and Ghana were performed by Technip.

It should be noted that no formal settlement has yet been made and the final amount could be more than the $280 million included in the 2018 results.

Back in 2010, Technip paid $338 million to settle bribery allegations in Nigeria related to the Bonny Island LNG project. KBR was part of that consortium too, and paid a $402 million fine related to the project.