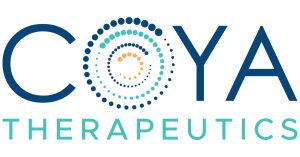 Coya Therapeutics, a biotechnology company with its head office in the Galleria area, has completed its $15 million initial public offering (IPO). It will have a fully diluted market capitalization of $50 million.

The company is developing proprietary new therapies to enhance the function of regulatory T cells (‘Tregs’).  Tregs are a subpopulation of T cells (a type of white blood cell) that modulate the immune system. Tregs were first discovered in 1995. Coya is initially focused on therapies for neurodegenerative, autoimmune and metabolic diseases where Treg dysfunction has been identified as an important pathophysiological component of the disease.

The company’s leading prospect is for the treatment of amyotrophic lateral sclerosis, or ALS (sometimes called Lou Gehrig’s disease). Clinical trials are expected in the first half of 2024.

Coya was formed in November 2020 by Dr. Howard Berman. Prior to this, Dr. Berman worked at AbbVie Inc, Eli Lily and Novartis. He began his career at MD Anderson in the technology transfer division where he was responsible for assessing the market, patent and scientific merits of numerous oncology-based technologies.

The CFO/COO of the company is David Snyder, based in Austin. He joined in March 2022. COYA is the fourth biotechnology business he has brought to market as CFO.

The company has an exclusive license and sponsored research agreement with The Methodist Hospital.

The stock is listed on Nasdaq under the symbol COYA.

Coya is the 7th Houston-area company to complete an IPO in 2022. You can see the complete list of Houston-area public companies here.